Lindsay Lohan Oprah Winfrey is Rooting for Her (Video) 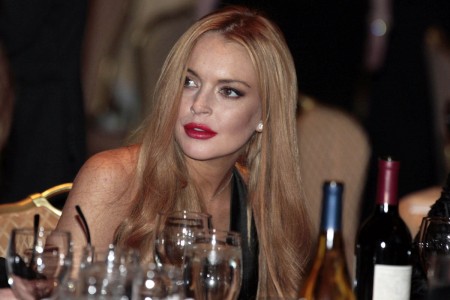 In the promotional teaser trailer for the August 18 premier of the Oprah Winfrey exclusive interview with Lindsay Lohan, the queen of talk shows asks Lindsay at the front of the teaser, “Are you an addict?” This blunt opening belies the fact that Winfrey is actually rooting for Lindsay and hope that she succeeds this time. We’ve put the teaser video below.

The promotional clip then goes on to Oprah Winfrey’s “second” question, which if anything is even more brutal than the “first.” Winfrey asks, “What does it feel like to be both an adjective and a verb for child-star-gone-wrong?”

As this is a teaser trailer for the interview, we don’t get to see much in the way of reaction from 27 year-old The Canyons star or any part of her answers. The clip features a narrative introduction that says “Oprah, Lindsay Lohan, the television event.”

The interview will premiere on August 18 on Oprah’s OWN Network.

The much hyped interview is the forerunner to an eight part documentary about the troubled star. It looks like it may be giving the audience a clue as to what the documentary will be focussing on. Lindsay’s troubled and fraught climb from child star to adult mess. It’s a path well travelled.

Quite a few child stars have gone through the same journey that Lohan has, some never got to finish their transition as death intervened in various ways. Oprah’s opening question of, are you an addict certainly seems designed to show the more dangerous side of that child star struggle to become a valued grownup in the industry. The promotional teaser, looks like the interview itself will be a blunt expose of Lindsay’s life.

The interview and the documentary look like they’ll be interesting viewing. Clearly Oprah is not only hoping to show what life is like being Lindsay Lohan, but her apparent support of LiLo and rooting for her to succeed isn’t all business orientated, it seems that Winfrey has made a personal connection with Lohan.

Because some other interesting news about the new Lohan/Winfrey business relationship has emerged. It seems that the 59 year-old media mogul has talked LiLo into cancelling her three week european vacation. Celeb news site TMZ revealed that The Canyons star had booked a one-way ticket to Europe while she was still in rehab. This was to be a “reward” for her successful departure from the world of substance denial.

But sources close to Lohan have said her flight, which was due to depart from New York tonight, will be taking off without her. Apparently, Winfrey told Lindsay that the trip wasn’t a good idea and that the trip would put her into harms way from too much temptation.

Lindsay has listened and cancelled. Probably thinking of the huge amount of money that she’s being paid for the eight-part documentary series that she’s been contracted to do. Word is also out that new boss Winfrey has been on the phone to Lindsay repeatedly over the past 24 hours to remind her that the trip would be a bad idea.

Lohan must feel she’s back in rehab again!

Oprah added, “I’m rooting for her … because I think you keep getting chances.” The Lindsay Lohan interview with Winfrey will air on August 18. Below is the clip of the promotional teaser trailer.