More Children In The U.S. Diagnosed With ADHD Than in U.K. 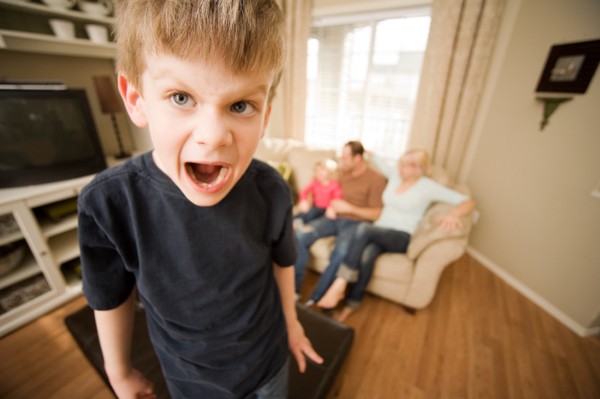 ADHD, which is thought to be the most prevalent diagnoses among children, affects nearly eight to 10 percent of school-aged adolescents around the world. ADHD can distinctly disrupt their ability to focus socially and academically. In the U.S., the number of children diagnosed with ADHD has soared over the past decade with North Carolina holding the highest rate in the nation. Now new studies, like the one conducted by Dr. Ginny Russell with the University of Exeter Medical School, finds that children in the U.S. are more likely to be diagnosed with attention deficit hyperactivity disorder compared to children in the U.K.

The cause and rise in ADHD cases is unknown to many, as are the rates that have shown more young boys being affected than girls. With nearly half of children carrying these struggles into adulthood, the symptoms can demonstrate an inability to perform tasks, a lack of concentration, carelessness, avoidance of mental effort, difficulty in remaining still and rampant activeness. Associated disorders like, Oppositional Defiant Disorder and Anxiety Disorders, can accompany many ADHD sufferers.

With a 6.3 percent ADHD diagnoses in U.S. children aged 5-9 years old, said the study, just 1.5 percent of ADHD diagnoses had been found in children throughout the U.K aged 6-8. The 2009 study sampled more than 19,000 children which resulted in these findings. Dr. Ginny Russell notes that doctors in the U.K. are less likely to, “label [children with ADHD] than their US counterparts.”

With more children in the U.S. being diagnosed with ADHD than children in the U.K., Russell says this could be due to cultural factors which can play a role in whether children receive the proper diagnoses and treatment needed. She also feels that parents’ concerns over drugs like Ritalin, “means [parents] resist diagnosis for their children.” This is due to studies finding that children who receive treatment, like Ritalin, only feel the benefits for 2 to 3 hours, while those that may receive additional help for the disorder still greatly struggle throughout their adolescence.

Another contributor that could be adding and worsening a child’s ADHD symptoms is their diet. Children with a more regulated intake of natural protein and vegetables have been shown to be better able control their behaviors. However, in other potential cases, misdiagnoses of ADHD could be a factor in this rise. Russell notes that, “[It is equally important] that children are not over-diagnosed,” when parents and doctors consider the child’s displayed symptoms. Arthur Anastopoulos, the director of The ADHD Clinic at The University of North Carolina has said that ADHD can be misdiagnosed if doctors and psychologists do not properly evaluate a checklist of the 18 key symptoms found in ADHD.

Overall, he feels that these statistics – like the ones found in North Carolina – do not truly, “represent a real rise.”

So while questions linger surrounding these prevalent symptoms shown in children, doctors ponder whether there has in fact been a rise in more children in the U.S. being diagnosed with ADHD than in the U.K., or whether it could be attributed to the public’s understanding and reporting of the disorder.

More Children In The U.S. Diagnosed With ADHD Than in U.K. added by Annie on August 28, 2013
View all posts by Annie →