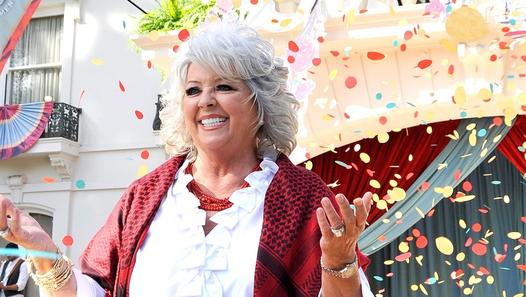 Friday a lawsuit was settled between Paula Deen and Lisa Jackson at a U.S. District Court in Georgia. Deen, the 66-year-old celebrity chef, had been charged with sexual harassment and racial discrimination.

Jackson had worked at the Savannah restaurant which Deen co-owned with her Bubba Hiers. Hiers, Deen’s brother, managed the restaurant. As of yet, the settlement details have not been made public.

Deen said in a statement, that she was pleased the Judge dismissed the race claims and was happy that the ones which  remained were now behind her as well. She also said, “During this time my faith has strengthened me and the tremendous outpouring of support as well as prayers from folks from all walks of life has been both humbling and overwhelming. I am confident that those who truly know how I live my life know that I believe in kindness and fairness for everyone.”

Previously, the racial discrimination claims had been thrown out by U.S. District Court Judge William T. Moore Jr. because Deen and Jackson are of the same race. As a result he felt Jackson had no cause to sue Deen and her brother. However the judge, at that time, chose not to resolve the sexual harassment portion of the suit.

Deen who admitted to using the N-word in the past said that she was confident that the people who really know her knows that she’s not a racist and that she believes in equal kindness, fairness and opportunity for everyone.

Ironically, Jackson had alleged that Deen and her brother were responsible for many acts of violence, discrimination and racism which prompted the end of her five years of employment at The Lady and Sons Restaurant and Uncle Bubba’s Oyster House; two Georgia restaurants that were run by Deen and her family.

Jackson released a statement today stating she was pleased that this was resolved and she wished Deen and her family the best in their future endeavors.

She also applauded the Deen family for giving her hope and opportunity during a tough time. She acclaimed Deen for the allowing her the opportunity to build a better future by giving her a job. She went on to say, “I assumed that all of my complaints about the workplace environment were getting to Paula Deen, but I learned during this matter that this was not the case.”  She continued by saying, that she’s known Deen for more than eight years and that she is a woman of compassion and kindness; one who will never tolerate discrimination or racism of any kind toward anyone.”

Deen has made multiple apologies online and appeared on the “Today Show”; yet her many endorsement deals continued to drop. She lost deals with JCPenneys, the Food Network, Sears, QVC, Wal-Mart and Smithfield Foods and Wal-Mart. As a result she lost millions.

After losing endorsements and money, it appears that the saying rings true, “You can’t keep a good woman down.” Even though Paula Deen had to learn a hard lesson let’s hope that humankind will leave yesterday to the past and allow her the freedom to move on.