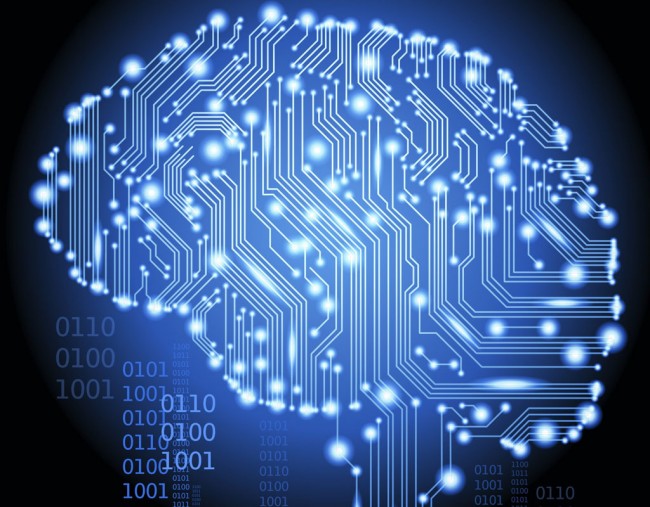 Researchers have recently developed a non-invasive means of controlling another human being’s actions, transferred through a simple Internet connection. Could mind control really be a possibility?

Scientists from the University of Washington have attempted to create a human-to-human electrical interface to facilitate control over another’s actions, via the transmission of electrical impulses from the brain.

One of the researchers, Rajesh Rao, transmitted a neurological signal to a fellow colleague (Andrea Stocco) on the other side of the university’s campus, after perfecting a brain-computer interfacing (BCI) technique. Rao was connected to a series of electrodes, with electrical impulses measured by an electroencephalogram, to measure brain activity, whilst Stocco’s mind was “controlled” on a transcranial basis, using a special magnetic stimulation device. The coil was situated over Stocco’s motor cortex, the region of the brain responsible for coordinating a range of actions, including movement of the hands.

Using this setup, Rao pretended he was playing a simple video game. Without performing any movements himself, Rao imagined moving his hand to press the fire button of a canon on the keyboard. This sent an electrical signal from Rao’s brain, across the Internet connection, to Stocco. As if by magic, Stocco’s finger moved towards the keyboard’s spacebar and pressed it. The team had developed a form of mind control, mitigated through Internet connectivity.

Andrea Stocco explained the unusual sensation he encountered during the experiment, which was an entirely involuntary act, describing it as being akin to a nervous tic. According to Science Direct, Rao ruminates over the exciting possibilities that remain ahead:

“It was both exciting and eerie to watch an imagined action from my brain get translated into actual action by another brain… This was basically a one-way flow of information from my brain to his. The next step is having a more equitable two-way conversation directly between the two brains.” 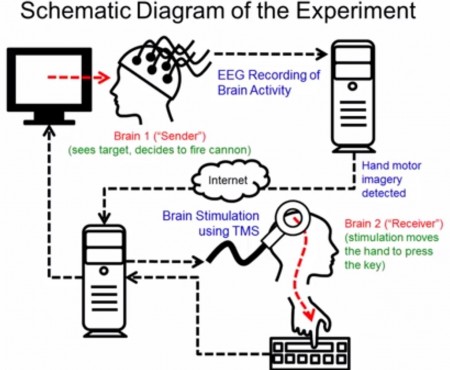 The procedure primarily relies upon an already well-documented technique, called transcranial magnetic stimulation (TMS). This is a non-invasive means of generating an electrical response in another user’s brain, dependent upon the location at which the TMS coil is positioned. During Rao and Stocco’s experiment, the TMS coil was placed over the part of the motor cortex specifically responsible for movements of Stocco’s right hand. Theoretically, other movements will be possible, based upon the coil’s precise cranial location.

If you’re wondering whether this equipment could be subversively manipulated to read another human being’s most intimate and darkest of secrets, Rao stresses this is simply not possible. The researchers also maintain that an individual’s free-will cannot be overpowered using the TMS technology. From a logistical perspective, this would be somewhat difficult to achieve, without the other participant’s expressed permission, as special caps must be fitted over each person’s skull.

Stocco suggests some very extraordinary future applications for their technique. He maintains that the equipment could be used during a crisis on a plane, in the event that the pilot becomes incapacitated, whereby an inexperienced party could be controlled by professionally trained operatives on the ground. On the other hand, TMS might also be implemented to enable severely disabled people a new method by which they can communicate their requirements, using a third-party as a medium.

The duo plan to continue to develop and advance their latest, Internet-based mind control technique to allow transfer of more sophisticated data, using a greater sample population. So, how would you feel about having your limbs controlled by another human being? Does the very notion terrify you?