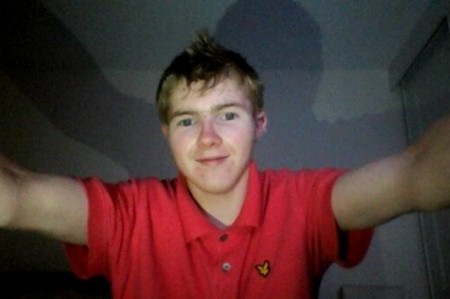 17-year old Daniel Perry, a young mechanic from Dunfermline, Scotland, who was being blackmailed on Skype, had watched a video about committing suicide less than a month before taking his own life.

Reports have been streaming in that the teenager from the Scottish county of Fife fell victim to blackmailers who had recorded his Skype video conversations with someone whom he had been led to believe at the time to be a young teenage girl from the United States.

An Internet blackmailing gang then hijacked Daniel’s account, having recorded his online activity and interactions with the girl.  The gang threatened to show all of their recorded film footage to his friends, family and the police, if he didn’t pay them the money they demanded.  The evil and callous Internet trolls told Perry that if he wasn’t going to pay up, that his life was not worth living and that he should just end it.  Perry, embarrassed and shamed into a state of panic, sadly decided to take matters into his own hands and, doing as the blackmailers told him, leapt from the Forth Road Bridge, to his death.

Young Perry, who was as active as most teenagers are on the social networking circuit, had also been communicating with others his age on social network sites Ask.fm and Twitter, both of which have recently come under great criticism by children’s welfare charities, the police and the government, whilst British Prime Minister David Cameron calls for these types of sites to be boycotted.  Advertisers have even been reportedly pulling their advertisements from the Ask.fm site, in response to the recent suicide of 14-year old cyber-bullying victim, Hannah Smith, from Leicestershire, England, whose funeral only just took place today.

At 1.41am on the 22nd of June, less than one month before his suicide, Daniel also known affectionately as ‘@weeman1995’ on his Twitter account, tweeted about a video he had just watched on YouTube, entitled, “How to Commit Suicide”, posted by a man who named his page ‘KillTheFear’.  Daniel tweeted, “I liked a @youtube video from @Bravo97779 How to commit suicide. (How to kill yourself).”  The video’s creator, who had chosen an enticing title that would draw in emotionally susceptible people to watch, later on let-slip his real name, which was Justin.

In the 12-minute long YouTube video, published last year, Justin talks about his own pain as a suicidal individual and how he lives in a terrible area where he has to face horrible people every day.   He became tearful when he spoke of how others didn’t understand people like him and that he experienced depressive suicidal feelings every morning of every day, wondering why he was still here and not yet dead.  He also went on to say how suicide was a selfish act, but that it was really all about “stopping the pain.”

The video, as if intended to both shock and inform simultaneously with its title alone, at first appeared misleading enough to lure vulnerable young people who, finding no respite from the incessant cyber bullying they are experiencing and that is of growing concern today, to finally stop the pain by ending their lives completely.

However, it did turn out that Justin had used the title to entice people to watch: people who might be thinking of ending their lives.  He wanted to let them know that he understood exactly how they felt, having experienced it on a daily basis himself.  He told his viewers, “Even though I don’t know you… I love you whoever you are.”  Justin finished by saying a prayer and rounding off his message with “Y’all be blessed and I love you all so much.”

This upload of footage is neither a ‘how to’, nor a panacea to a serious suicide problem that should be dealt with by the proper authorities or professionals and experts in the field of psychology.  Yet the responses to his video post highlights the volume is of vulnerable people out there with suicidal tendencies.  They are unable to cope with the lives they currently inhabit and have no one they feel close enough with to confide in, whether they have fallen out with family or friends, or are experiencing cyber bullying or Internet blackmail.  The problem really becomes amplified by online anonymity – an aspect enabling the cyber bully or troll to become far more ruthless in the virtual community than they would ordinarily be in real life.  In fact, there were a few occasions on Daniel’s Twitter page, where he had made reference to, and complained about, the anonymity of people he was befriending and corresponding with.

A British survey has revealed today that 38 per cent of children experience cyber bullying, whilst the University of Wisconsin-Eau Claire released figures stating that 25 per cent of teenagers have also been the victims of this growing problem.  This has led to calls for tighter controls in policing of the web.

Independent security expert, Graham Cluley, who makes numerous media appearances on news channels and has written multiple articles on Internet security, posted an article about Daniel’s tragedy on his website.

“I’ve warned before about the dangers involved in looking for love online, but Daniel’s death takes this to an all new level of horror,” he said.

With an upward trend gathering momentum as more and more people are living online and are able to gain access to better quality webcams, Cluley went on to explain how a classic situation might play out for an unwitting hormonal teenager.  “A typical scenario might be that a young woman befriends a potential victim via a social network, and enters into steamy webcam conversations with their intended prey.  During the course of these conversations, the female might strip her clothes off and encourage their male victim to do the same.”

Cluley continues, “What the man may not realise, as they take their own clothes off and potentially engage in various sexual acts in front of the camera, is that they are being secretly recorded.”

“The next thing they know, they are being blackmailed with threats to circulate the compromising photographs and videos.”

Cluley hands out some useful advice on his website, to help prevent anyone falling into the same position:

The Daily Mail reported the heart-wrenching plea that Daniel had sent out, asking the blackmailers from his computer, “What can I do to stop you showing this to my family?”

Daniel’s family made a final tribute to him by saying, “ You will be sorely missed ‘wee man’ loved and missed by everyone.”