iPhone has Hype but is it the Best SmartPhone? 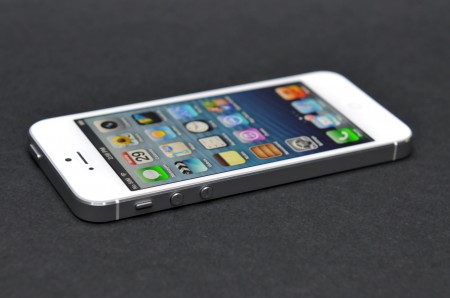 With the upcoming release of the iPhone 5S and 5C, predicted to be September 20th, the drama begins again–although, it’s hard to say whether the hype over any generation of iPhone ever truly subsides. While the iPhone may be the most talked about, it’s actually not the most purchased across the globe. The Android currently holds the lead in the U.S., according to the KantarWorldPanel, reporting that approximately 50 percent of SmartPhone users choose this brand, followed by BlackBerry and Apple. And yet, the iPhone always seems to be the leading SmartPhone in terms of hype and inclusivity–it’s certainly seen the most in movies, along with many other Apple products, particularly when a film’s character or company is meant to be seen as savvy, advanced, or wealthy–but is the iPhone actually the best phone on the market? Is it lower in sales because it’s most expensive? Or with the help of a visually sleek and simple appearance, do they simply know how to market their phone better than other brands?

The upcoming iPhone 5S will come in a new color, rather than the traditional options of white or black. Gold iPhones will now be offered, adding an extra sense of panache to its already swanky reputation.

If price were the primary indicator of quality, Apple’s iPhone would win, without a doubt, costing between $400 and $600 when purchased new (and not through one of their trade-in campaigns). The reduced $400 price is only with a 2-year contract.  Also with a 2-year contract, Samsung’s Galaxy S4 and S III will cost at least $199 and sometimes over $250. And the LG Nexus 4 will cost you around $200 to 250 as well.

While crowds went crazy for the first generation iPhone 5, one can only wonder if the hype was truly worth it.

Negative reviews of the iPhone 5 from Consumer Reports stated, “The iPhone 5 fulfills its promise as a notable improvement over its fine predecessor, the iPhone 4S, and belongs in the first rank of smart phones.” But the most disappointing feature of the iPhone 5, inarguably, was the new mapping app that came with it. This app was so poorly designed and functioned so ineffectively compared to Google’s mapping app, that it was the talk of the town for many months after its release.

PCMag reviewed the app on its initial release, explaining, “There are no road speed limit signs or current speed indicator. There’s no lane assistance for exiting or entering highways, either in 2D or 3D. You can’t tap the display to repeat a voice command in case you didn’t hear it. And as has been widely reported, there are no photorealistic street views like there are with Google Maps, and there’s no public transit information for pedestrian navigation. The much-touted, photo-realistic flyovers are fun, but you can only get them in major cities, and I’d gladly trade them for some of the more useful missing features I just listed.”

Consumer Reports added, in terms of critique not compliments, that “the claimed improvements of the iPhone 5 in handling low-light shots were not apparent in our tests. In overall quality, both still and video images shot in low light on the iPhone 5 were of comparable quality to those shot on the iPhone 4S, though they did appear a little ‘cooler,’ with a bluish hue. The shutter delay for both iPhones seemed all but instantaneous.”

User reviews on CNet explains that compared to most other SmartPhones, the screen of an iPhone is significantly smaller, there is no SD card slot for extra storage, the camera quality is lacking, the speakers on the phone are directed downward lessening the ability to hear, and the life of the battery after being fully charged drains more quickly than others.

Amusingly enough, the fact that Apple surely worked tirelessly to make the phone both lighter and slimmer left some users feeling like the phone now seemed cheaper, not more advanced. Compared to the Android, the iPhone also lacks in software feature capabilities.

Is the iPhone everything it’s hyped up to be? There’s no arguing that it’s a decent phone, but it may also be fair to say that Apple’s design and marketing are what put them “above” the rest as the SmartPhone everyone wishes they had…or at least, that’s how it seems. Perhaps the best people to ask might just be the sales representatives at AT&T and Verizon.