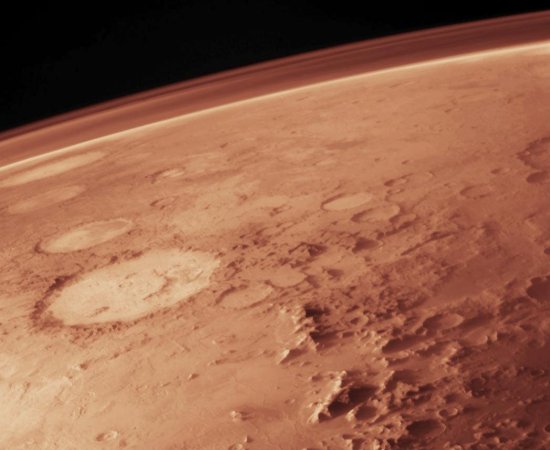 Even though Curiosity’s rover failure to detect methane on Mars has knocked the air out of some NASA and Martian life hopefuls, many scientists are clinging to the notion the red planet might still have some sort of life living there. Absence of methane does not mean certain death, or at least they hope.

Satellites have reported picking up minute but important volumes of methane, although the six-wheeled robot was unable to do the same. Here on Earth, 95% of any atmospheric methane found is made by microbial organisms. Microbes were the life researchers were hoping to find on Mars.

The failure of Curiosity’s sophisticated equipment to make any discovery will surely cause the hope of many who wanted Martians to exist, to be lessened. Yet, some will never give up. They continue to dream even though Curiosity has been taking in Martian air since August 2012 and has found nothing. The robot started analyzing Mars’ components shortly after it landed.

Numerous studies of Curiosity’s tests have shown that methane was not being picked up by the rover’s sensitive testing procedures. In other words, if methane was present, it was in a very tiny amount. In fact it was so low; the top limit was nearly six times less than what was estimated to be there.

But the relationship to Martian life is what intrigued Curiosity’s designers in the first place, and now they wonder if the methane absence really does mean certain Martian death. It had been considered Martian microbes could have existed underground, far beneath the harshness of the red planet’s exterior.

This idea was created when it was noticed Mars had actual seasonal rises in its temperature, which was making ice to form and in the process causing trapped methane to rise into the Martian atmosphere.

Many believe there still could be life on Mars, microbes of other types, just not ones who create methane, which would make sense.  These would be Martian bugs. They are not from Earth, so why should they have to create methane to live. They do not need oxygen or nitrogen. They would be alien life forms. They do not need to be judged from Earth standards of life even before they are discovered.

Others feel Curiosity must work to improve its own findings, and has to keep digging until it comes across methane so they can return to having dreams of methane-releasing Martians dwelling on the red planet. They will not be happy until the elusive gas is discovered.  They want work done on Curiosity so it is able to detect methane at even smaller levels. These individuals do not believe there can be life on Mars without methane gas, that there is no possibility without it.

People have dreamed of Martians for hundreds of years. In more recent times, we had Orson Wells spring The War of the Worlds on us. That, coupled along with the cartoon character Marvin Martian from Bugs Bunny’s cartoon world, fame has actually kind of cemented Martian life on Earth forever. Methane absence or not, there will never be total certain death for Martians. Mars is too close a neighbor in our solar system to give up on just yet.