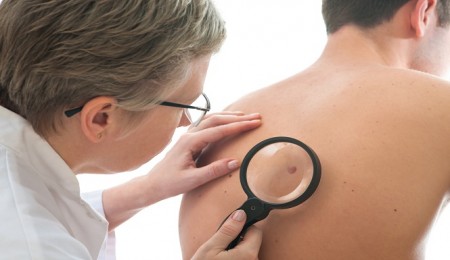 With the new breakthrough drugs, patients who suffers from skin cancer melanoma could be cured, scientists claim. Patients with skin cancer who have received the new drug has said that they have seen “spectacular effects,” this new drug could eventually be used to fight other forms of the cancer as well. It is the first time scientists have come this close to providing a remedy for advanced melanoma.

Chief clinician, Professor Peter Johnson, at the Cancer Research UK, said, “We’re just at the beginning of a new era of cancer treatments using the immune system. These drugs that can turn the body’s own defenses against a tumor are starting to show real promise for melanoma and other types of cancer. It is only through research that we can gain the insights needed to develop new treatments for cancer patients.”

The new breakthrough drug actually is more of a cocktail, containing two types of different drugs – ipilimumab (also known as ipi) and anti-PD1s which break down the defenses of cancer cells and are still in clinical trials. Combining these two types of drugs, doctors can potentially reboot the patient’s immune system and have it directly attack and break down cancer cells.

The European Cancer Congress has been told that one in six patients have already been saved by the new breakthrough drug.

In France, from the Institute Gustave Roussy, Professor Alexander Eggermont said, “Advanced melanoma could become a curable disease for perhaps more than 50% of patients within five to 10 years. If I’d made this bizarre prediction five years ago, people would have said I was mad,” he told The Mail on Sunday. “But it now looks like we are going to have control of advanced melanoma for years, in a substantial proportion of patients.”

Melanoma cancer cannot be surgically removed when it has spread and only then it is diagnosed as advanced melanoma. If the cancer is caught early enough, malignant moles can be cut out surgically  before the cancer spreads any further, but if it is missed diagnosed and the cancer turns ‘metastatic,’ spreading to other organs within the body, chances of surviving can decline.

On the Cancer Research UK website, the public has been advised that this advanced form of skin cancer “can’t be cured.”

It states: “Treatments are available that can shrink the melanoma or stop it growing. It may be possible to control it for quite a while.”

In Britain, every single year almost 13,000 people are diagnosed with melanoma, the statistics also includes two people between the ages of 15 to 34 each day. It kills 2,200 people a year, accounting for four in five skin cancer deaths. In the past 30 years, the amount of cases has quadrupled, thus to people who love to go to foreign holiday destinations, where it is always sunny. Yet, now it seems there is hope in sight as scientists have a new drug that may cure this form of cancer.