By Cherese Jackson on September 2, 20132 Comments 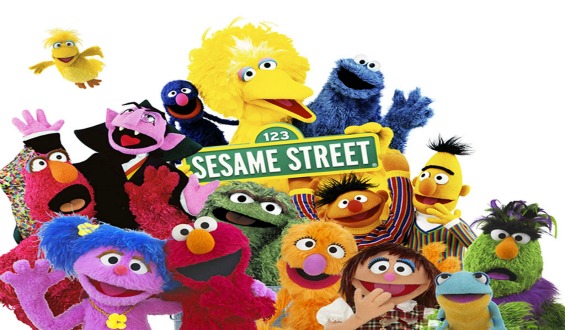 Sesame Street has added to its “ABC is easy as 123” curriculum to include more content. This long running children’s educational show has broadened its horizons to include math, science, nature, problem solving and engineering concepts.

The goal is still to reach a young audience and as such still includes the same Muppet characters. Sesame Workshop officials want to introduce children to scientific methods and ideas.

Each season begins with a curriculum. Educational consultants work with the research staff to decide the direction and concepts for the show. The writers then take the concepts and draft a script for the Muppets to act out. This new science aspect was introduced in 2009 with the goal of focusing on children’s view of the world around them.

Senior vice president of curriculum and content, Rosemarie Truglio, says it’s not easy measuring children’s understanding of science theory but experts are working on different ways to measure it. Truglio says she feels the new content is working.

Sesame Workshop has a “Word on the Street” rotation on the show. They have added to it a more advanced vocabulary; hibernate, pollinate and camouflage are a few examples. They are encouraging children to investigate, observe and report problem solving through trial and error.

As of September 24, a new addition called “Little Discoverers: Big Fun with Science, Math and More” will debut on Sesame Street’s website. This will include online games, videos as well as parent and teacher resources. The site is designed to bring the children and adults together in the learning experience. They even have their own version of the popular game, “Angry Birds.”

Sesame Street is not the only television show that trying to make this adjustment; just one of the more popular ones. This new generation is exposed to so much more than generations past that many kids in the show’s age range are already questioning things relative to science and basic engineering concepts. Their hope is to meet these children where their curiosity starts and then push them further.

In May 2011 two studies were conducted with about 600 children in efforts of finding out whether or not children would be able to grasp a broader vocabulary and curriculum. The results were positive.

Recently another study was done with 337 children and their results mirrored the prior research. The team conducted one-on-one interviews with the kids to determine what they knew prior to watching the programs so that they could measure what they retained afterwards. After watching the videos the children’s correct response rate expanded 52 percent with general question and their correct responses increased 10 percent when asked multiple choice questions.

While the research validated Sesame Street’s goals it is important for parents to understand that the show does not exonerate their responsibility in the process. Many educators agree that a television program can’t work alone when teaching children; once the children receive the information transfer it’s up to the parents to reinforce the information.

Kathy Conezio says that children are natural scientists; children’s programs give them a way to express their concerns. Conezio is a preschool science teacher that feels it’s better when kids have adults included in the process while children explore information.

Sesame Street was developed around a single innovating thought process that says if you can maintain a child’s attention then you can teach them. The show is widely known for its educational substance and presentation creativity. It utilizes Jim Henson’s Muppets, humor, animation and short films while referencing a variety of cultures. Sesame Street first aired in 1969 and has evolved from its initial inception to the broadened concept that it holds today.

While many have different opinions on whether or not today’s children are smarter than those of yesterday many will agree that they are exposed to much more at an earlier age than in the past. With all of the technological advances in the world today Sesame Street has maintained it relativity by broadened its horizons to include math, science, nature, problem solving and engineering concepts.