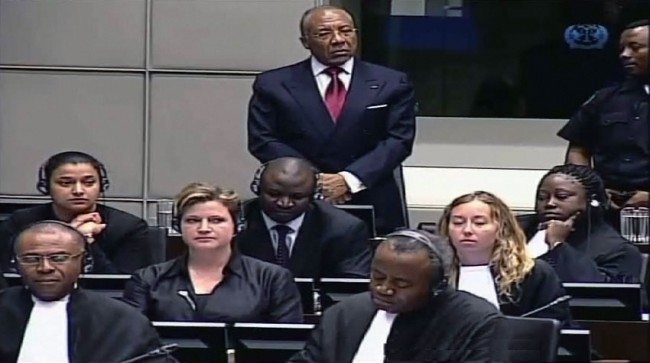 Today we celebrate the reality that Charles Taylor’s 50 years jail conviction was upheld by the Hague Judges presided by Judge George Gelaga King but then we should never because of that lost the sight of many untold truths that were swept under the carpet before us.

Do not thing that I am a fan of Charles Taylor. Far from that. I wonder what one could admire about him anyway? I am never a fan of him and I will never be. I can never fan a man who unleashed terror to the humanity. I can never fan a man who turned the beautiful and peaceful landscape of my sweet Sierra Leone to a pool of blood and a land of nightmare. Anybody who witnessed the war and saw the massacre committed by Revolutionary United Front and Armed Forces Revolutionary Council rebels, whom Charles Taylor advised and supported would agree with the presiding judge who summed the activities of the groups thus,“Their primary purpose was to spread terror. Brutal violence was purposefully unleashed against civilians with the purpose of making them afraid, afraid that there would be more violence if they continued to resist.” Anybody who saw all these will readily rejoice that finally justice caught up with Taylor and even wish that he should suffer more.

I am not talking about the judges, the evidences before them were enough to merit Taylor the sentence. I am rather talking about some bodies that would be quick to celebrate the fall of Charles Taylor and will wash all their guilty conscience on him as if they were not participates to the same crime. The big questions begging for answers are: does Liberia produce ammunition? Where does Charles Taylor imports the ammunition which were used during the war? Who and who were partnering with him? How much did they make? From whose boarder was it being sneaked in from? Nobody will really want to ask those kinds of questions because we know that if right answers were sought in that direction, most of the people celebrating Charles Taylor’s fall will join him soon. These are the kind of questions I would have loved if the judges asked Mr. Taylor. These kinds of questions would lead more to a stable world.

Asking those questions would never prevent us from celebrating the fact that Taylor was a mark that nobody was immune from justice as amnesty international puts it. Stephanie Barbour, head of Amnesty’s Centre for International Justice in The Hague articulated it thus, “The conviction of those responsible for crimes committed during Sierra Leone’s conflict has brought some measure of justice for the tens of thousands of victims.”

Now, the second important stage for justice to take a full course in the crime committed during Sierra Leone’s conflict is for untold truths about Charles Taylor’s conviction be made bare.