By Roanne FitzGibbon on October 23, 2013Comments Off on Breast Cancer Awareness Is Just Big Business 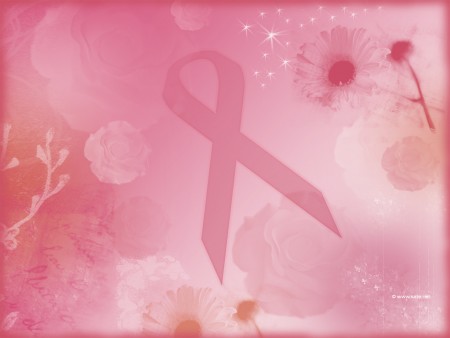 October has traditionally become breast cancer awareness month.  Walks, races and pink-outs dominate the calendar and remind us all about the deadly disease.  Events have been planned, merchandise and pink ribbons have been ordered, all to secure a unified fight against the dreaded diagnosis.  Occurring at a rapid rate, close to 233,000 new cases will be diagnosed before the years end.  This type of cancer is very serious, prone to men as well, but can be treated if detected in the early stages.  Unfortunately, 40,000 individuals a year may lose their lives if detection is delayed.  Testing and treatments concerning breast cancer is just big business as usual as drug companies continue to profit, despite the outcome.

The awareness campaign started in 1985 with the joined forces of the American Cancer Society and Imperial Chemical Industries.  The goal was to urge women to get yearly mammograms, which would reflect any cancer growth in their breasts or bodies.  Most breast cancer starts in the milk producing ducts and glandular tissues.  With early detection, treatments of the disease are usually successful and dissipate through surgery, chemotherapy and radiation.  With ongoing efforts from the Susan G. Komen Foundation, awareness of the disease was well recognized and many events to raise money for research were started.  The pink ribbon became a symbol of breast cancer awareness and paved the way to new hope, as well as new profits.

Imperial Chemical Industries merged around the same time as the campaign got running and became Astra-Zeneca.  The British company is a huge, worldwide enterprise that employs over 50,000 and has delved into all aspects of medicine.  Their yearly revenues are reported as close to $10 billion, so their efforts are not null and void.  Their breast cancer drug, Arimidex, is a number one seller.  Awareness is one thing, but profiting from a disease is quite another.  The company does encourage early testing of breast cancer through mammograms.  If all fails, they make the drug that will maybe cure the disease.

Even getting a mammogram can bring great costs, as the patient can pay anywhere from $50 to $600, without insurance for the test.  Astra-Zeneca is a big company and survives on profits from ailments to the human body.  They are in business to design drugs that cure and have manufactured many medicines that have helped worldwide causes.  The cause and prevention of breast cancer is not as prevalent as the awareness of the disease itself.

As research continues, marketing is at its best.  Breast Cancer Awareness is on everyone’s radar as big business swoops in.   Diseases aside from breast cancer deserve as much effort, but often lack the marketing skill to promote above the hype of pink this and that.  Tote-bags, cups, T-shirts and magnets have become big business for drug companies and advertisers.  Pink flags and pink game gear seem to be the norm as each event outdoes the next in the awareness campaign.

Raising money and awareness does not always offer a cure.  Other diseases that struggle with less awareness and marketing are just as deserving to earn their place in the line-up of ailments.  Breast cancer has been recognized full front and is surely a terrible disease to endure, but the awareness efforts are also good for big business.  The human body is prone through genetics and environment to go through changes we least expect.  Fight the good fight to your own health and well-being and ignore the hoopla of marketing and merchandising for your ailment.  We all have something that requires our strength and dedication, so big businesses can wait as we each deal with the healing hand of health that meets our own challenges.