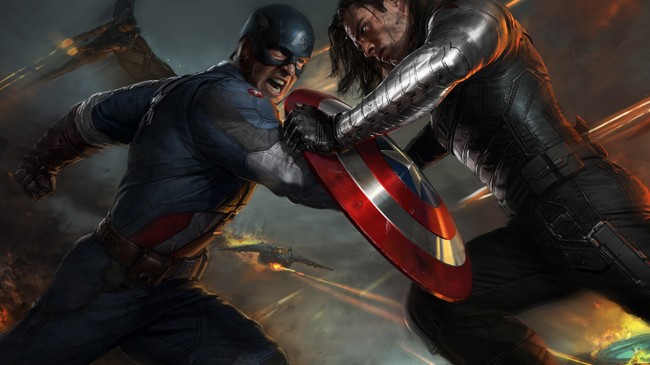 Captain America: The Winter Solider, the successor to The First Avenger, has somewhat of an arduous task ahead of it. Although the movie received solid critical review scores, the film was ultimately the lowest grossing movie delivered by Marvel studios (aside from The Incredible Hulk). It faces some stiff competition from its superhero counterparts, with Robert Downey Junior’s performances in the Iron Man franchise reaching almost messianic status with the public, and Chris Hemsworth having engendered a sizable following from the female persuasion, after filming the original Thor movie.

Chris Evans’ efforts in producing an understated Steve Rogers has been noble, but it’s perhaps fair to say that Captain America has been left in the shadows of its Marvel siblings. Hopefully, if the latest trailer is anything to go by, this is all set to change.

***WARNING: this article contains spoilers for the movie’s plotline. However, for those who simply can’t wait for the movie’s release, a MAJOR spoiler is also placed at the bottom of this article, and labeled with an asterisk. Read on at your own risk.***

The trailer perhaps suggests the new Captain America is taking a new, darker direction, with an emphasis on more down to Earth action sequences. The footage does a fantastic job of whetting our appetites for the movie’s 2014 release, interspersing action sequences with interactions between some of the main protagonists.

Robert Redford is a welcome addition to the film. Playing S.H.I.E.L.D.’s Alexander Price, Redford pitches in a great performance (from what we can see), which is helped by weighty lines, such as the following:

“To build a better world, sometimes it means tearing the old one down – and that makes enemies.”

The ensuing footage goes on to show the antics of the infamous Winter Soldier, scores of armed assassins targeting Captain America, obligatory explosions and fraught battles, pitted against rivalling forces across the streets of Washington.

During The Winter Soldier, Captain America teams up with the Black Widow (Scarlett Johansson) to thwart the subterfuge of a covert enemy, hidden in Washington, D.C. After showcasing footage of the hotly anticipated movie at the D23 Expo, Marvel and Disney announced details of the sequel’s plot.

Following Steve Rogers’ heroic efforts during the frenzied battle for New York, he seeks a peaceful existence at the heart of Washington, and tries to acclimatize to life in the modern world. Speaking to Entertainment Weekly, Producer Kevin Feige wanted to stress Rogers’ unease with his new surroundings, and his distrust for those around him. The American film producer, who has previously worked on various high-profile superhero plots, including Thor, Hulk, X-Men, and a numerous others, claims that Captain America only remains with S.H.I.E.L.D. because he has few other options available to him:

“Things were black and white back then [in World War II], and now it’s hard to know who the bad guys are. We wanted to play on that a little with Cap being uncomfortable with the way S.H.I.E.L.D., and in particular Nick Fury, operates.”

As to be expected, Rogers’ new life of solitude is cut short, as revealed in a recent press release:

“when a S.H.I.E.L.D. colleague comes under attack, Steve becomes embroiled in a web of intrigue that threatens to put the world at risk.”

With the talented expertise of Black Widow, Captain America embarks upon a perilous mission to expose the conspiracy, fending off deadly assassins that have been dispatched to execute him.

The film, which was directed by Anthony and Joe Russo, will feature the capable acting talents of Samuel L. Jackson and Scarlett Johansson, as evidenced by the trailer. With the danger ever-mounting, the duo enlist the assistance of the Falcon (Anthony Mackie). In the comics, the Falcon is a Harlem-based character, capable of communicating with birds telepathically, and using his suit to fly.

The outfit must then face their most formidable and powerful nemesis – the Winter Soldier. Steve Rogers’ close friend, James “Bucky” Barnes (Sebastian Stan), is reported to transform into the revered Winter Soldier, after he becomes brainwashed.

*MAJOR SPOILER (please read at your discretion): Robert Redford has previously referred to his character as a “villain”. According to Screenrant, the man had the following to say:

“I like the idea of playing a villain… I did that because it’s a different thing for me to do.”