By Michael Smith on October 26, 2013Comments Off on Kim Kardashian Bruce Jenner to Give Her Away After Kanye West Snub 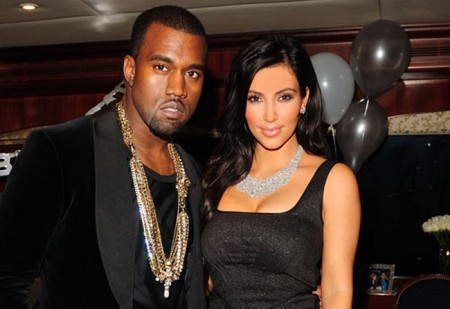 Kim Kardashian wants Bruce Jenner to give her away even after Kanye West snubbed Jenner by not inviting him to his surprise engagement party at AT&T Park. The lack of invite is not too hard to believe as sources say that the two men have never really spoken to one another. It sounds as though they merely tolerated each other while West shared Bruce and Kris’s house.

Apparently, the 63 year-old separated husband of mum Kris, was in the dark in terms of Kim’s engagement. TMZ has reported that Jenner actually found out after the fact. Again, not too surprising as Bruce allegedly let it be known that he was not happy with West coming into Kim’s life so soon after Kris Humphries.

There has been no information as to why West left Bruce Jenner off of the invite list to his huge romantic “surprize” engagement ceremony at the baseball park. But it is known that Bruce found out from Kim herself when she excitedly called him to say that the 36 year-old rapper had popped the question.

The 33 year-old reality television star called Jenner immediately because, according to sources, Kim Kardashian sees him as her father. Which is probably why Kim told People magazine that she wants Jenner to be a part of the wedding ceremony. Her plans appear to include him walking her down the aisle and giving her away. This could go slightly awry as Kim has also said that she is leaving the wedding plans up to Kanye. West may not like the idea, especially if he meant to snub Bruce due to a personal issue.

Kardashian spoke to the press at her lavish Las Vegas birthday bash and revealed that since the surprise marriage question, there had been little time to really think about the wedding. Kim flashed her 15 carat engagement ring, which was slightly overshadowed by her flashing her cleavage.

The birthday party started in earnest after Kanye West’s MGM Grand performance and they went to Tao, Las Vegas with mum Kris Jenner; sisters Khloe and Kourtney and Scott Disick. Later Naya Rivera and Blac Chyna stopped in to help Kim, Kanye and family to celebrate her birthday. When all the celebrants got into the crowded club, Kim Kardashian was treated to an enormous birthday cake, champagne, and plenty of Kanye West tracks played by DJ Five.

Before heading into the nightclub, Kim revealed that the entire time she was in AT&T Park where Kanye popped the question, she was shaking “like a leaf.” She also mentioned that the entire experience felt very unreal. She said that the proposal at the baseball stadium fooled everyone, including her. . Even the family members who waited in the dugouts thought that West was springing a surprise birthday party at the arena.

Kim Kardashian also said that she and West had not talked about any of the details to do with the wedding ceremony and that she was happy to do whatever “he wants.” Kardashian may be in for a shock when she tells Kanye about her plans to have Bruce Jenner walk her down the aisle. Jenner being snubbed by West at the surprise engagement “event” may be deeper than just forgetting his soon-to-be father-in-law.