Lesbian and Gay Businesses Are Here to Stay

By Roanne FitzGibbon on October 1, 20132 Comments 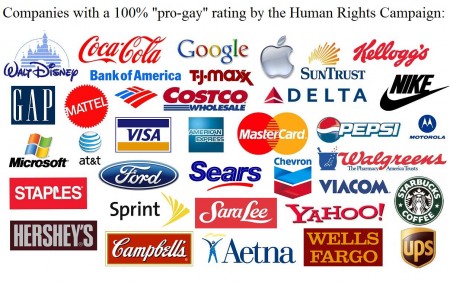 The plight of a southern woman has struck a nerve with the gay community, and she is fighting back.  Business entrepreneur, Pat Newton, has run into a roadblock and her chance at success in a small town located in Mississippi.  The 55 year old lesbian has been denied a permit to open a gay bar in the town of Shannon, population 1,700.  Lesbian and gay businesses are here to stay, but some areas of the country still do not like it.

Newton had planned to open her establishment, O’Hara’s, a bar which would cater to gays and lesbians, but was voted down in her quest to proceed.  She currently is suing the city council of Shannon and hopes to have the matter rectified in the near future.  She is not the only lesbian to have their pursuit of happiness put on hold, and she is not backing down.  Newton would join the worldwide array of businesses run by and supported by the gay community.

The everyday names of companies and celebrities we love have enjoyed much success, due to their spirit of breaking the barriers of acceptance.  Our TV viewing is filled with our favorites such as Ellen DeGeneres and Anderson Cooper.  Our goods and services, travel and leisure time would not be available as we know them if it weren’t for the intelligent business people behind the scenes.  Some of those people just happen to be gay.  They have focused on building their careers doing what they love, and providing the world with commodities we appreciate.  It seems as if lesbian and gay businesses are here to stay.

Some of the most successful companies are led by lesbians.  Halo, Purely for Pets brand of holistic pet care was developed by Andi Brown and is co-owned and endorsed by Ellen DeGeneres.  ID, created by business woman Kelly Bush, is a public relations company with such clients as Dustin Hoffman, Sean Penn and Julia-Louise Dreyfus.  They have offices in Los Angeles, New York City and London.  Olivia Cruises was designed by Judy Dlugacz 2o years ago for lesbians to come out and have fun on their vacation.  It has been a favorite travel request by Melissa Etheridge and Lily Tomlin.

Along with Elton John, Jodie Foster and Ian McKellen, the list of gay celebrities is growing as they are more comfortably accepted.  Anderson Cooper stands out as one of the most successful journalists and he happens to be gay.  Son of designer, Gloria Vanderbilt, Anderson has covered some of the most important breaking news stories and natural disasters.  If someone is good at what they choose to do as a career, they can only help to make the world a better place.

Pat Newton may have a struggle in rural Mississippi, but she appears to be a successful leader in the business world.  Fighting for your dream is worth it even when it seems to be against the odds.  Success comes in all forms and it looks like lesbian and gay businesses are here to stay.  We need the contributions of all walks of life to keep the world spinning.