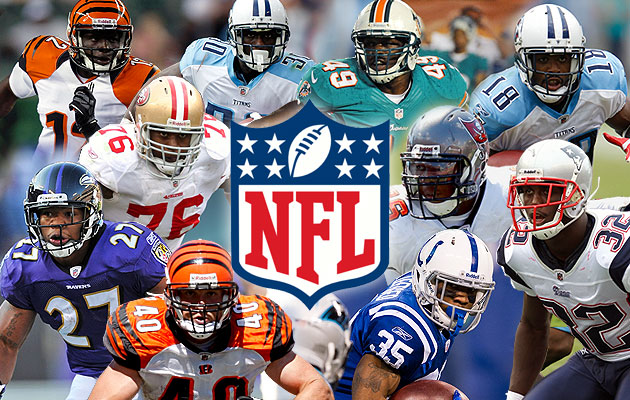 After five weeks of highs and lows, ins and outs, and all manner of surprises, the NFL now has only three undefeated teams left: the Kansas City Chiefs, the Denver Broncos, and the New Orleans Saints.

Collectively, the talent, skill and sheer tenacity of these teams has delighted their fans all season.  Before they take the field again in Week 6, let’s review just what it is about these teams that have them sitting so pretty so far.

First and foremost, props must be paid to former Philadelphia eagles Coach Andy Reid. He has taken the Chiefs from a head-hanging 2-14 last season to serious Super Bowl contenders this season.  Coach Reid has breathed new life into KC and their record thus far speaks to just how much work he has put into this ball club.

Upon his hire, Reid examined the personnel and made some changes. He snagged Alex Smith from the San Francisco 49ers and implemented his brand of ball play. Smith is careful, and cautious. His down field vision and decision-making process fits Reid’s plan very nicely.  Sunday against the Tennessee Titans, he completed 20/39 passes for 245 yards with one interception.

The Chiefs blew a 13-0 halftime lead, and Reid made a point of saying the team still needs “a  ton of work” but he is pleased with their progress thus far this season. And no wonder.

This season is the Chiefs’ best start since 2003 when they went 9-0.  Despite Smith’s interception, KC forced the Titans into three turnovers, which Smith and Co. quickly turned into 13 points in their favor.  Running back Jamaal Charles counted his team’s blessings, “I am speechless….No one expected us to be 5-0.”

Charles scored a touchdown to put the Chiefs up 20-17, contributing 22 carries for 108 yards. Scoring also came from the special teams side, with kicker Ryan Succop nailing a 48-yard field goal along with three more through the uprights.

This win, like all the rest, show that even though no one expected the Chiefs to be a contender this year, they are indeed a team  on the upswing.  KC plays the Oakland Raiders next, and they should pose a challenge for the Chiefs. Late Sunday night, Terrelle Pryor led his team to a win over the San Diego Chargers that established the rookie quarterback as an up and comer in the ranks.  The defense is only allowing 3.7 yards per carry and Pryor’s tendency to run or pass or both has confounded more than one opponent’s defense.

Not much else needs to be said. The Broncos are in first place. Manning is on pace to break a number of quarterback records this year, and the Broncos are on pace to go all the way.  They win at home and on the road. They have won against good teams and against not as good teams.  The Broncos face 0-5 Jacksonville Jaguars in Week 6, and the 28-point spread of the game has set a record in Las Vegas betting books.  Despite the expected pay off on such long odds, very few seem willing to pick the Jags over the Broncos.

The Dallas Cowboys proved a challenge to Denver last Sunday, and the game will be reviewed until the film breaks to find the clues that almost led to the Broncos first defeat of the year.  Coach Fox was pleased with the team’s grit, coming back from a 14-0 deficit to win.  What other team in the NFL today could give up 48 points and still win? The Broncos are running like lightning, and after striking five times, there does not seem to be a limit to what they can do this season.

Again, words fail to convey just how dynamic the Saints have been this year. Rob Ryan’s defensive schemes are working, a d working extremely well. Coach Sean Peyton is back in the saddle and the renewed energy and go-get-get of the Saints reflects his unique style of coaching. Drew Brees still holds the record of 54 straight games with a touchdown pass, and the wins keep coming.

Brees gained his first win against the Chicago Bears last Sunday, converting third downs, protecting the ball and controlling the game at Soldier Field.  Pierre Thomas, Darren Sproles, and Jimmy Graham all showed up and showed off.  Brees completed 29/36 for an 82.9% rating, his third-best rate in 106 regular season games with at least 35 passes.

The Saints travel to Foxborough to face the New England Patriots in Week 6, and with the return of tight end Rob Gronkowski, may see challenges to the defense. Tom Brady’s ability to pull out wins under less than ideal conditions will keep the game close. The Saints are on a roll however, in a zone in second behind the Broncos. It may take more than Brady, Gronk and Amendola to bring them down to earth.

Even with all the injuries, flaws and cracks, these three teams stand atop the NFL with perfect records. The entire league should be spending extra time reviewing their films to gain some insight to their success.