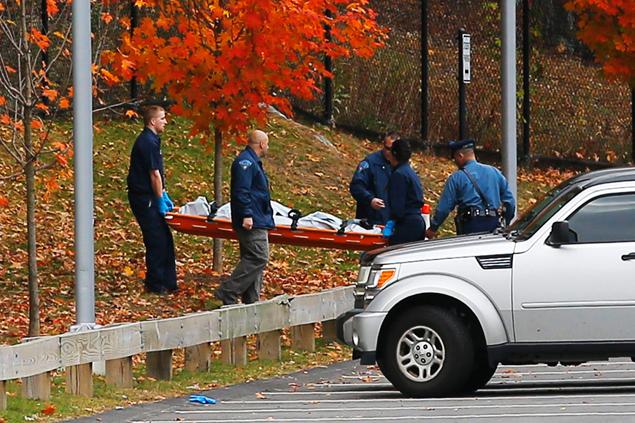 Law enforcement found blood in the school when Ritzer, age 24, went missing Tuesday, and then identified her body behind the high school. They uncovered evidence by investigating multiple scenes around the school and nearby shaded grounds. School officials reported  student Chism was absent Tuesday when he did not come home after school, and police found him on a road in a neighboring town past midnight.

The murder charge occurred in an adult court Wednesday. The judge ruled that Chism’s identity should be revealed because he is 14 contrary to the attorney’s request.
During the court session, Chism did not speak or express any emotion.

The alleged murderer Chism shocked everyone who knew him as an athlete on the Junior Varsity soccer team. He was fairly new in town, and had reportedly moved to Danvers from Tennessee. Soccer team members and other school members commented on how they liked this new teammate. They said he was more of a loner, and loomed over most others at 6’ 2”.

The quiet, unassuming town of Danvers impacts many nearby suburbs, which are reeling from the news of the incident.

This murder by Philip Chism raises concerns on how parents can help kids so they can learn how to cope with the news. It can be terrifying to have this kind of incident in anyone’s hometown, and ABC news reported that some teens described how fearful they felt.

Students in Chism’s soccer team cared enough to try and find him when they found out he was missing on Tuesday. Students started to fill social media sites with speculations, especially when rumors of a murder began to spread around town.

The tragedy hits the community deeply in memory of Ritzer, an admirable young teacher with honorable goals and a heart for her students. Her family’s loss shakes the nation.

Little is known about the student-teacher relationship between Ritzer and Chism or whether Chism had any mental health conditions that may have exasperated his actions.

The Philip Chism murder arises as the country struggles to work through complex issues of school safety and how to help distraught young people so that they are educated about getting help rather than resorting to bloodshed.
Professionals have provided useful tips on how to help kids during times of crises. The Massachusetts Teachers Association emphasized how they are doing everything possible to help the community and all who have been impacted by the tragedy.

The National Association of School Psychologists have provided guidelines for parents in the aftermath of a crisis that parents, including taking time out to focus on children during the days and even weeks following the tragedy. The Association advises keeping kids informed and assuring them they can ask any questions they would like, yet keeping the conversations within the appropriate developmental levels.

Talking with them is a primary goal because otherwise someone else may talk to them first about the incident and make matters worse.
Inviting kids to come to you for hugs is recommended. Television of the events should be brief and strictly monitored with parents nearby. Giving messages love and safety is important at all times, but especially in the aftermath of tragedy.

Staying flexible with the family schedules helps kids, and adding tranquil reading times or engaging in simple games can calm the family, and nurture a sense of security and bonding. Advisors propose sticking to your family’s regular times for meals, schoolwork, and sleeping, but to keep as relaxed as possible to help kids if they are having trouble focusing or dozing to sleep.

Psychologists recommend emphasizing the importance of praying for those impacted most by the tragedy, and going to church where others can support the kids. Therapeutic activities like artwork or writing out feelings should be encouraged to help kids understand that they can help others by their cheerful hands.

Traumatic events can weigh heavily on kids so parents are advised to make special efforts to give kids healthy food, and plenty of rest and time to play and move freely.
Searching for resources your school has that can help kids cope is a practical and helpful alternative because being with their friends and teachers can help. Schools will likely have counselors available to children and adults who request help.

Philip Chism’s assault and murder of a beloved math teacher has raised concerns of educators and community members across the country, and parents have the greatest responsibility to help kids cope.