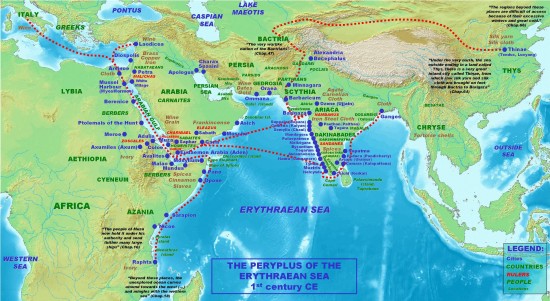 From bedtime stories to Disney franchise films, pirates have been a part of our children’s lives for centuries. Fables, myths and folklore have allowed us to place colorful wooden legged captains into our imaginations. We have watched Peter Pan fight a hooked pirate, watched in awe as Johnny Depp embodied a somewhat lovable swordsman of the seas and we have recounted fanciful stories of parrots and rum from our childhood books to our own children and grandchildren. The reality is, though, these Somalian pirates of the 21st century are not lovable, fanciful or anything we want to expand upon with our children.

As if fresh from the history books, the high seas are now riddled with Somalian pirates whose lives cannot be confused with those who once cried “Yo-Ho-Ho and a bottle of rum!” These pirates set out for a booty of weaponry, human lives and ransom. The pirates of the 21st century have only one goal in mind- to make money.

While many Americans were unfamiliar with the Somalia pirates until 2009, their strength and boldness had been on the rise for many years in the Horn of Africa. Thousands of years have seen currents of the Indian Ocean and weather patterns transporting boats from Africa to Arabia to the Persian Gulf to India’s west coast then back to Africa all in the name of trade.  Throughout these voyages, many have chronicled about the great pirates of the seas. Claudius Ptolemy, a Greco-Roman writer, identified this region of the Horn as “the Gulf of Barbaria.”

The Somalian 21st century pirates are the result of a political downfall in Somalia as well as a rapid growth in population of this poor, demolished country. With ethnic competition, economic crisis and a national collapse to blame, historian Niall Ferguson suggests a “perfect storm” has been constructed.

Being titled the “most dangerous place in the world,” by the East Africa bureau chief for the New York Times, Somalia is riddled with bomb-makers, radical Islamist insurgents, warlords, kidnappers and pirates. With no education and far too much angst, it has “become a breeding ground” for the seediest of inhabitants. These Somalian 21st century pirates have emerged from the ashes of a country unable to supply them with what they need for survival, so they have resorted to taking it where they can.

Adding to the already war-torn region of Somalia, the great conflict between Christians and Islamists continues to serve as a major fracturing theme. In the mid-16th century, Orthodox Christian Ethiopians requested help from the Catholic Portuguese Crown to evict a well-known Muslim champion, Ahmed Gurey. Though the eviction was successful, the Portuguese were eventually evicted as well in 1604-a conflict still in effect to this day.

This long-standing feud between ethnicities and religions has continued to be fuel for the fires that ignite, making any attempts at state restoration for Somalia doomed. In the core of this state-chaos rests a demographic eruption held mostly responsible for the rise in piracy in the 21st century. In the past 57 years, Somalia has seen an increase in population rising from 2 million to 8 million. This has caused an intense economic crisis that has resulted in an almost impossible state reformation and an ever-growing need for money.

These raiders of the sea operate under dire urgency and with no regard for a life not their own. Greed has taken over what once was mere necessity and with a homeland in utter dilapidation, claiming ships, goods, money and prisoners has become a way of life for these real pirates; the Somalian pirates of the 21st century.