By Jennifer Pfalz on November 16, 2013Comments Off on Barneys New York Will Play by Jay Z Rules 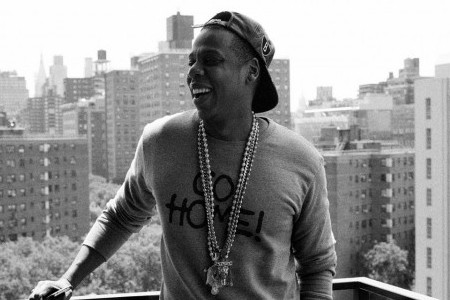 Barneys New York and media mogul Jay Z will continue their holiday collaboration after accusations of racial profiling by Barneys, but the luxury retailer will have to play by Jay Z’s rules.  After reports that two African-Americans, Trayon Christian and Kayla Phillip, who had separately made expensive purchases at Barneys, then were subsequently stopped by policemen under suspicion of having used stolen credit cards, a call for Jay Z, who is African-American, to end his partnership with Barneys began.  Jay Z,  a highly popular hip-hop star and successful businessman, is set to debut his BNY SCC collection at Barneys.

When the news broke of the improper detention of Christian and Phillip in October, protests were staged at the Manhattan scene and demands for a boycott were made.  Barneys New York bigwigs fiercely denied the charges.  Jay Z himself came under attack by fans who signed online petitions demanding that he cut all ties with Barneys.  He was lambasted by The Daily News and was the subject of fierce satire by Jon Stewart of “The Daily Show.”

It appears that Jay Z, who is married to Beyonce, a highly successful singer and businesswoman in her own right, has decided to turn this negative into a call for change at Barneys New York, saying that he has decided to continue the partnership “under the condition that I have a leadership role and seat on a council specifically convened to deal with the issue of racial profiling.”

Jay Z and his associates will be kept informed of all findings by third party investigators.  Although the results of the investigation are not available, his team has been in touch with New York’s Attorney General regarding the investigation.  Jay Z’s statement also acknowledged that he is “in a unique position to use my voice to affect change to this disturbing issue.”  Barneys has released a statement declaring that the company will not tolerate racism of any kind.

A positive development has already occurred due to Jay Z’s involvement with Barney’s. While previously only 25% of the collection’s proceeds at Barneys New York were being donated to his Shawn Carter (Jay Z’s given name) Foundation, Barneys and Jay Z have now agreed to donate 100%.  It would seem that Barneys New York has decided that one way to recover from these allegations is to play by the rules of Jay Z and his team.  According to Jay Z’s website, the foundation is also set to be given 10% of all sales taking place in all of the nation’s Barneys New York stores and on the Barneys website on Nov. 20.

As part of the collaboration, Jay Z’s fragrance, Gold, is premiering next Wednesday at Barneys.  Also debuting will be a fashion line including outerwear, backpacks, and jewelry.  The new collection has been heavily publicized by Barneys and was set to be feted during a holiday party to occur this week.

The Shawn Carter foundation’s mission is to aid those who desire to enter college but don’t have the money or the support to do so.  Money given by the foundation can be used to pay tuition as well as to cover fees, travel, books, and living expenses.  By agreeing to play by the rules set by Jay Z, Barneys New York will help a worthwhile charity and provide Jay Z a platform to showcase his collection.  In return, Barneys will be forced to conduct an internal investigation and make real changes to its allegedly racist policies.  Let’s hope it’s a win-win situation.