By Romana Outerbridge on November 29, 2013Comments Off on Bitcoin Virtual Currency Offering a Fantastic Opportunity to Lose Money 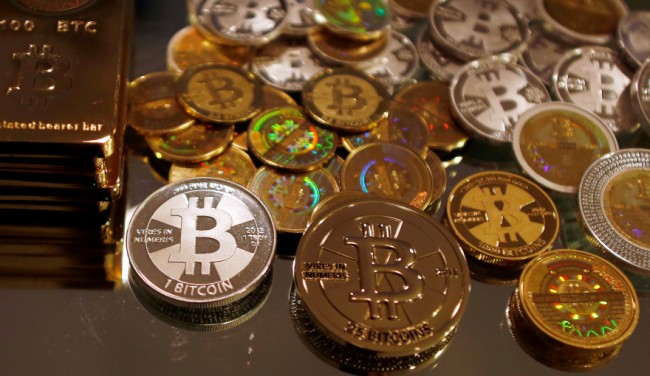 Bitcoin is a virtual currency that frequently appears in the media for its celebrity like ability to draw attention. In 2008, at what most would agree was the height of the financial crisis, Bitcoin began its legacy. By 2012, it had begun to make headlines as its stock value increased, but also as Bitcoin offered people a fantastic opportunity to lose their money.

Simply put, Bitcoin is a currency system that rather than relying on banks, has no central ties to any countries or banks. The only thing that gives value to the Bitcoin is the group belief that it in fact does have value. The internet is where transactions take place and since humans haven’t really quite worked out the honour system, it is also where the money is lost.

Since, there is no association to any physical resource like would be with stocks in gold or diamonds for example, the Bitcoin does not theoretically experience the same market fluctuations since the total number of them available is capped at 21 million.

Investors purchase their coins and are then free to exchange them through their virtual wallet. And although there is no one to come up and pick-pocket users, online hacking is the Bitcoin equivalent. An added privacy feature is that all transactions are anonymous. This is fantastic for drug deals and other under the table purchases, but potentially  hazardous for people that have encountered internet fraud and makes it next to impossible to track down thieves.

BIPS, a Denmark-based Bitcoin payment processor recently fell victim to a series of internet hacking attacks. The result was a total loss of 1,295 Bitcoins which with current trading values is worth around one million dollars. In China, a Hong-kong based Bitcoin trading platform disappeared after only 5 months of creation and took with it 4.5 million dollars with of currency. The Want China Times says red flags were raised when it was discovered that the company had never obtained a licence to operate in the financial circuit.

Unfortunately large corporations are not the only ones to fall victim to the fallibility of Bitcoin. According to inventors, the most efficient way that people have found to lose their money is through good old fashioned human error. Physically losing data bases, passwords and keys to the virtual wallets has become incredibly common. James Howell from Newport, Wales is a fantastic example of how Bitcoin can offer a fantastic opportunity to lose money.

In 2009, Howell purchased 7,500 Bitcoins. In July 2013 Howell was doing some house cleaning and discarded his hard-drive along with all his traces to his virtual wallet. The Newport landfill is now the proud home to what is now valued to be 8 million dollars in Bitcoins, secured beneath  miles of garbage.

So far the virtual currency systems has managed to keep the world engaged, but many begin to wonder how long it will last. It is no doubt that Bitcoin is a high-risk stock to invest in with a fantastic opportunity to lose money. However, as the old saying goes,  the higher the risk, the higher the reward.