Black Friday: 5 Places to Hit Before Anyone Else 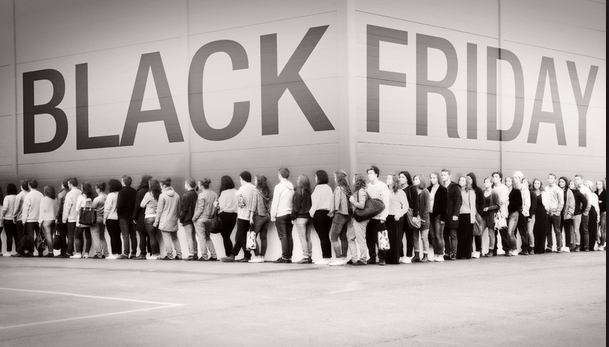 With the colossal amount of sales advertisements from stores for Black Friday, it’s tough to decide exactly where to go. It’s also questionable who has the best sales, who actually means it when they “up to 70 percent off” and who will have things worth buying. It may seem difficult, but here are five places to hit on Black Friday before anyone else does.

Well, that might be an obvious one, but it’s important to mention. Walmart is known for having big blow-out sales and roll back prices. The store is huge and has everything from electronics to clothes and if the store is cheap regularly, think of the markdowns one can get on such a big shopping day. Wal-Mart has been in the game for a long time, and they’ve delivered on deals many times before. It’s a good place to hit first, since everyone will be going there and snagging things off the shelves quickly.

Macy’s is a department store that is known to be pretty pricey. However, it can’t be denied that they have some decent quality stuff. Macy’s sometimes has really good sales on normal shopping days, and when they go on sale, they really go on sale. All shopping needs can be found at this store, from clothes to accessories to home appliances and going there for a shopping binge on Black Friday is probably a good idea.

Marshall’s is already an affordable place to shop. There are always good bargains to be found there. This may seem like an indication that there won’t be much difference come Black Friday, but that’s not at all true. In fact, Marshall’s Black Friday sales are usually some of the best. This store is mainly all about clothes and accessories, but with Christmas right around the corner, that’s an essential thing to get on the shopping list before prices shoot up again. Marshall’s is usually a crowded place on Black Friday, but for good reason.

It seems that over the years people have begun to forget that Sears even exists. With the emergence of other department stores and even smaller, more “hip” stores, this place should have gone out of business a long time ago. Yet somehow, here it is. Unfortunately, it is also a pricey place to shop, but on Black Friday out come the deals. Sears is another place that has almost anything on any shopping list, and it’s a good idea to take advantage of their sales. It definitely deserves to be one of the top five places to hit before anyone else on Black Friday.

This may be one of the more girly places to shop, but it’s worth it. Rue 21 is known for its cheap stuff, and on Black Friday it truly does go even lower. It is mostly a clothing store, but if there is a place to go to get good quality jeans for a low price, this is it. It’s usually located in malls or shopping centers and it’s small, so it’s easy to miss. That doesn’t change that it is a great store for those looking for a bargain.

There are many other places out there that’ll be having huge blowouts come Friday, but keep these stores in mind. On Black Friday, these five places are the ones to hit before anyone else does.