Black Friday Deals or a Wait for Boxing Day?

By Melissa McDonald on November 24, 2013Comments Off on Black Friday Deals or a Wait for Boxing Day? 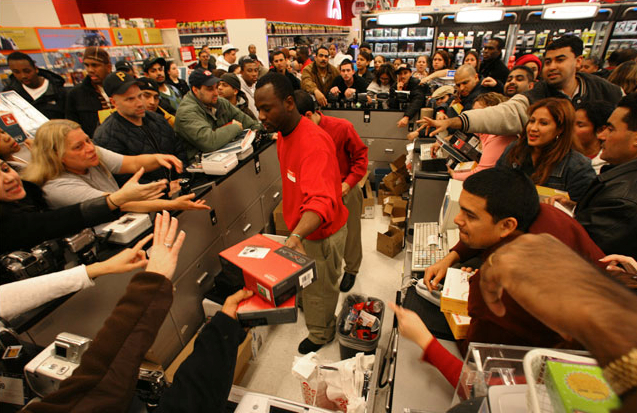 Is it better to get bargains on Black Friday or to wait until Boxing Day? In the states, Black Friday is more important than Boxing Day, however here is a video with some facts that may make shoppers reconsider.

Black Friday has been described as one of the most manic days of the year, and in 2008 lead to deaths through being trampled on. Many of the items sold have been made with cheaper parts, and as a result do not last as long. So should shoppers wait for Boxing Day or go ahead with Black Friday deals?

Although the bargains are said to be more dramatic around Black Friday, reports have suggested that spending extra money on products like laptops, will be more beneficial. It will also mean that people do not have to go out the following year on Black Friday to purchase another bargain laptop. Therefore, maybe it is better to get a more expensive laptop on boxing day. The queues will be smaller, and shoppers can spend time looking at the items they would like to purchase, without getting into a fight with the person next to them who is trying to grab the item out of their hands?

However, some shoppers say that the hustle and bustle of Black Friday is more exciting, and that by getting to the shops earlier than boxing day, it gives them a greater guarantee of purchasing what they want. In an online questionnaire, one participant said that he was going out just for the heck of it, and that he and his friends wanted to “fight someone for a certain object, win, and then go place it in the next aisle.” With this sort of reasoning, it becomes evident that a lot of shoppers prefer Black Friday for entertainment, rather than the low prices.

Here is a video that perfectly captures the chaos and excitement of Black Friday, as shoppers frantically grab their items, and run about the shopping center pushing one another and shouting.

Another source stated that Black Friday and Boxing Day were exactly the same, and that both these days were “the lowest point of humanity,” full of people just trying to get “stuff.” She said that it was over the top, and that she did not understand the need to spend a day elbowing people in crowds to buy anything. She also described it as a representation of everything that is wrong with the world today, and how people should be putting that amount of effort into more pressing matters than consumption.

Many people differ on preferences, depending on what state they are from. Americans love Black Friday, and spend weeks in advance preparing for it. However, for people in the UK, Black Friday is not a special day. That is why they prefer boxing day, because they see it as more of a holiday.

So is it better to shop for Black Friday deals or wait until Boxing Day? The majority of shoppers say that Black Friday offers lower prices. However if a shopper is looking to buy a product of value, and have time to consider his purchase, they should consider Boxing Day.