Buffalo Sabres in a Sticky Situation 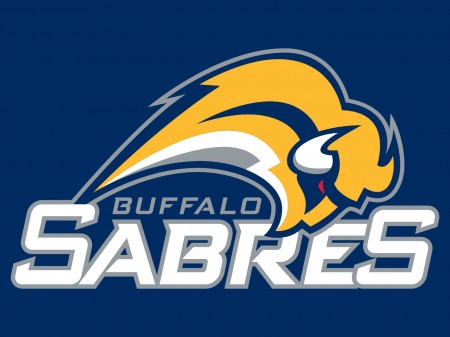 The Buffalo Sabres have decided to make some drastic changes within their management core to hopefully turn things around and get out of a sticky situation. The Sabres are currently sitting in last place in the league around the quarter mark of the season, and this obviously is not sitting well with the owner Terry Pegula.

On Wednesday Pegula announced Ron Rolston was fired from the head coach position, and was replaced by former coach Ted Nolan. General Manager Darcy Regier was also dismissed and replaced by Pat LaFonataine. Both occurrences came as no surprise to anyone, although it is unfortunate to see Ron Rolston replaced after only holding the coaching position from the beginning of this season. He replaced long time Sabres Head Coach Lindy Ruff during the off-season, but apparently did not have quite the impact on the team Pegula was looking for.

One thing running through the minds of many in the greater New York region is that the firing of Ruff is seemingly beginning to look like a big mistake by the Buffalo Sabres organization. Ruff was the winningest coach in franchise history, and also has many accolades within the international hockey community from coaching World Juniors and Olympic teams. Only time will tell, depending on how the team performs under their newest coach, but it is quite clear Coach Ruff has made an impact for his new team the Dallas Stars.

There is definitely a bitter taste in the mouth of those who are fans of the Sabres, since they also traded away star player Thomas Vanek to acquire a middle of the pack roster player in Matt Moulson, along with a few draft picks in a modest attempt at rebuilding the roster for down the road. Many feel this team is beginning to implode and needs more than a management change and veteran movement to turn things around. Currently, the leading scorer on the Sabres is Cody Hodgson, who was acquired in a trade with the Vancouver Canucks for the gritty winger Zack Kassian during the 2011 off-season.

Hodgson is currently the first line center for the Buffalo Sabres, and was only the third line center in Vancouver. He has done well in his transition to Buffalo, and with the new responsibilities he has with the bigger role on a struggling Buffalo Sabres team. Realistically it is not a good sign that he is the top point producer on the team. It just goes to show the  team’s roster is a far cry from what it was five or so years ago, since the team has lost a lot of depth with Vanek, as well as Daniel Briere gone.  This team lacks veteran leadership, and is now stuck in a situation where they are forced to rely far too heavily on up and coming prospects that are not quite ready for the roles they are being forced into, with the exception of  Hodgson of course.

If this club is to get back on track, it’s going to have to make a few more changes over the next season or two. In most people’s eyes this season is a write-off, as they have gone 4-15-1 over the first 20 games for a grand total of 9 points. Fans expect to see some potential trade deadline acquisitions, and definitely some big changes coming during the next off-season. Hopefully this team figures out their situation. They are in desperate need of a full rebuild sooner rather than later. If they keep holding off and only using band-aids to fix their problems the way the Calgary Flames did the last few seasons, the Buffalo Sabres are bound to be stuck sinking further and further into oblivion.