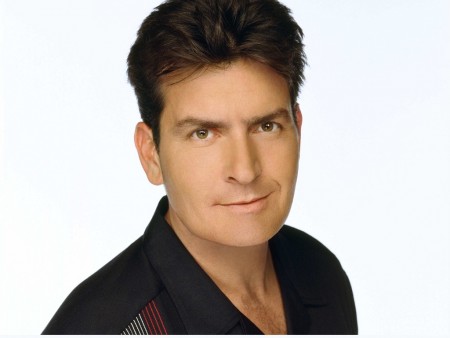 The 48 year-old actor is furious that the couple’s two sons have been allowed to stay with his 36 year-old former wife and mother of their children. Sheen got onto Twitter to vent his frustration at the decision to allow the two children to be with what he described as the most “awful parent you could draw up.”

Apparently, Mueller’s legal team are going to ask a judge to take action against Charlie Sheen because he has violated an order to not talk about the case. TMZ reported the issue and Sheen has promised that he will not stop speaking “his mind.”

The bigger-than-life former Two and a Half Men star has never been one to keep quiet. When he got into a disagreement with the creator Chuck Lorre over the CBS comedy, he was ultimately fired and went through a spectacular public meltdown. In one wide ranging and vitriolic interview he claimed to have tiger’s blood and that he was a Vatican assassin, amongst other things.

In round one of Charlie Sheen vs Dishonorable Judge Douchebag and Brooke Mueller, it looks like the court may have the advantage since the judge can order the actor put in jail for violating the gag order. Of course Sheen is so angry that he has threatened to burn the house down if the judge makes good on the threat. The actor is enraged that the court allowed his ex to have the children unsupervised and that they were not being allowed to visit him while staying with Denise Richards. Sheen has also promised to have security guards surround Mueller’s house with orders that if anything looks wrong to enter and take the two boys to safety.

Brooke Mueller had her sons Bob and Max taken away and Charlie’s second wife Denise Richards has been looking after them. Sheen stopped paying child support to Brooke while the boys were with Denise. Mueller was also forcibly entered into the Betty Ford Center for help with her drug addiction.

Sheen has allegedly promised that if he goes to jail for violating the gag order, he will continue to give interviews from his jail cell. Sheen said that they obviously forgot that they should not “poke this bear.” His fury at this latest “insult” has him reacting in a similar way to his post Two and a Half Men ire.

Mueller is attempting to get custody of their two sons back after her stint in the Betty Ford Center. The Anger Management star has revealed that he has spoken to the Los Angeles County Department of Children and Family Services. Sheen also revealed that no action has been taken as yet. Apparently the department are not too eager to help Sheen after his previous claims of negligence by them when he stated that the boys were in danger with Brooke.

Now that Charlie Sheen is telling anyone who will listen about the details of his and Brooke’s battle over the boys, on top of threatening to “burn the house down,” his ex is seeking legal advice. Apparently all the parties involved with the situation have been given a gag order to not speak of the terms agreed upon. This will obviously not be the end of the issue, we are talking about Charlie Sheen here after all. So stay tuned for round two of Charlie Sheen vs Dishonorable Judge Douchebag and Brooke Mueller. Sheen’s Twitter should provide timely updates.