By Roanne FitzGibbon on November 17, 2013Comments Off on Chaz Bono: The Evolution Continues 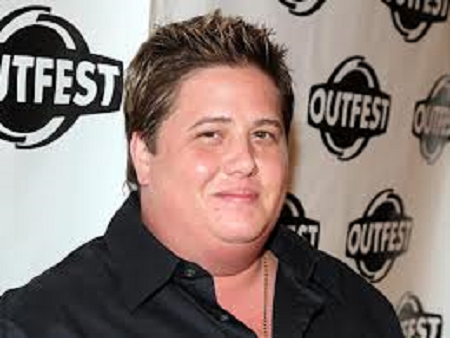 Chaz Bono is a work in progress.  He is constantly evolving into a new person through choices of his own and those that were put in his path.  The ambitious 44 year old has perfected his style, outlook and body throughout his lifetime, most recently within the last decade.  Born as Chastity Sun Bono, he has changed his sexual orientation, gender and his name.  Growing up as a girl, Chaz was put in the spotlight at a very young age appearing on his parents’ TV Show in the 70’s.

Chastity never had a private life, being the child of well known celebrities and with all of the drama that went it.  Little Chastity was an adorable blondie, always smiling and singing with her parents at the close of each weekly show.  The Sonny and Cher Show and The Sonny and Cher Comedy Hour were one of the top ten TV shows in the 70’s, featuring the pop music duo.  The show ended with their divorce in 1975.

Chastity was only six years old when her parents split and endured back and forth visits between each home.  The constant barrage of media attention made for a very public life.  It was just the beginning of relationship woes, as Chastity later came out as a lesbian.  Her personal struggles with sexual orientation, led her to be an outspoken advocate for gay and lesbian rights.  A talented musician in her own right, Chastity also became a writer of two books.  Her writings were a type of therapy for herself and in turn has helped many others deal with coming out.

In her books, Family Outing: A Guide to the Coming out Process for Gays, Lesbians and Their Families, and The End of Innocence, the message of hope and acceptance rings clear.  Despite the message, Chastity still had to deal with her own life.  After suffering the loss through death of a girlfriend, years of loneliness and drug use ensued.  It was a dark time of soul searching for Chastity.

Things began to change after Chastity met girlfriend Jennifer Elia and fell in love as a lesbian.  Things changed even more when Chastity made the decision to have gender reassignment surgery.  Her life was already an open book, as she decided to use the experience to help others learn and understand.  The transformation took place over a two year period from 2008 to 2010.  Chastity became Chaz and his story was broadcasted as a documentary entitled Becoming Chaz.  It served as a tool of support for other transgender people, as Chaz continued to help others.

The amount of bravery, perserverance, physical and emotional pain, all proved to be a victory each step of the way.  It took its toll and caused stress on her relationship with Jennifer, as they decided to part ways.  Chastity changed her name officially to Chaz Salvatore Bono and endured hormone treatments and several surgeries to reach the desired outcome.  It was not easy, as Chaz evolved into the man he wanted to be, but he never gave up.  He is that type of person, always working hard towards goals and dreams.  He makes things happen.

The journey for mom, Cher, has also been a tough road and the two have had their share of ups and downs.  Chaz’s father Sonny, died in a skiing accident in the late 90’s, so family support has been limited.  Chaz is a very strong individual and has always been a good looking person.  He gained weight with the hormone treatments, but has since lost 85 pounds.

Through self discipline, dedication, diet and exercise, Chaz is continuing to evolve and is more masculine each day.  Personal memories and issues of childhood are slowly being worked out as he is happier and healthier as the man named Chaz.

(Note:  Chaz is referred to as Chastity until the time of reassignment surgery.)