Costco in Trouble over Controversial Decision to Label the Bible Fiction 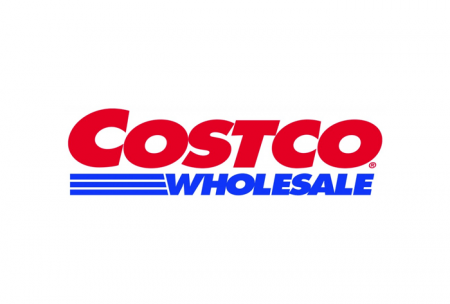 Costco is making a buzz for itself over a controversial decision by a Costco in Simi Valley displaying the Bible under the “Fiction” section. Which in reality should not be making headlines because it’s really not that big of an issue. Whether you are religious or not, taking offense to the placement of a book is just someone looking to be offended and stir up a commotion over it.  Pastor Caleb Kaltenbach had a big problem with the decision to label it as fiction and decided to tweet a picture of the book. I don’t know if Pastor Kaltenbach has noticed, but with the access to information the internet brings, people can come to their own conclusions on topics like religion, rather than hearing what their parents had to say about a man in the sky and his son Jesus. This access to information has literally started a downward spiralling trend for religion because people can put the pieces together and form logical conclusions and, with all the information in front of them, people growing up these days just aren’t buying into it anymore.

It’s really silly that Costco had to apologize for this, but we live in such a politically correct world where everyone gets their feelings hurt way too easily. Whether or not god exists is actually irrelevant in this story because the current Bible was rewritten from the Old Testament and is completely man made, there’s absolutely no denying it, and, quite frankly, the Archbishops and Constantine threw whatever information they wanted in there to suit their needs. Besides, the majority of the stories within the Bible are known to be completely false and were just elaborate stories with generally good moral values to take away from them. Anyone who takes the story of Noah and the Ark seriously needs to take a seat and do some critical thinking for the first time in their life. A 6 year old boy would be able to point out the holes in that story.

Costco sent an email to Fox News saying they deeply regretted it and that the books would be taken off the shelves and relabeled, but, obviously, the person who labeled them to begin with did so knowing that he was accusing the book of being fiction. It’s kind of unfortunate to see someone going back on their beliefs just because the opinion of others contradicts your own and you could potentially lose money without the retraction. This just shows how manipulative religion really is, if it disagrees with you, you’re wrong. I quite frankly am happy to see religion slowly dying off as it’s been the cause of most of the major conflicts around the world throughout history. Religion claims peace, but fosters violence. Every mainstream religion out there contradicts itself over and over; it’s good to see people finally waking up.

I can’t remember even one person who was from a religious family at my school who was overly religious themselves. They may have been a Christian, but they didn’t take the faith seriously. I’m fine with people practicing religion, but I’m not okay with someone trying to push it on to others, or throw a hissy fit when someone calls out religion and its flaws. When it comes to Catholic priests, there isn’t a rock anywhere that you can’t lift up to find a priest molesting little boys. Things of this nature are destroying people’s trust in religion because it tries to have way to much control over people’s lives. Anyway, the bottom line to this story is: Costco, I’m disappointed in you, stand up for what you believe in, whether it’s the popular opinion or not and that really goes for anyone not just corporations letting people’s opinions walk all over them.