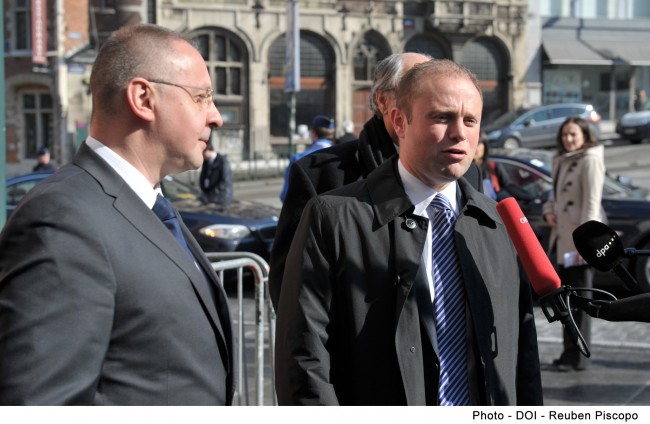 Latvia’s Prime Minister Valdis Dombrovskis has accepted political blame for a supermarket roof collapse that took place in the Latvia capital of RIGA last Thursday. The collapse was responsible for the deaths of 54 people and injuries to at least 40 others. Valdis Dombrovskis resigned in response to the deadly collapse.

After meeting with president Andris Berzins, who had declared the tragic event “a murder of an enormous amount of defenseless people,” prime minister Valdis Dombrovskis said to the press that due to the “tragedy and all the related circumstances, the country needs a government that has a majority support in parliament and can solve the situation that has arisen in the country.”

Dombrovskis was responsible for making extreme budget cuts as well as tax hikes while simultaneously initiating harsh reforms that were required by organizations like the International Monetary Fund. However, Dombrovskis had been re-appointed as prime minister two consecutive times. Dombrovskis’ strict positions managed to rescue Latvia from certain financial collapse and had restored economic growth, making it the fastest growing in the European Union in the last two years.

Valdis Dombrovskis’ resignation in response to the deadly collapse brings an end to a prime minister position which he held for longer than any other in Latvian history. Dombrovskis took power in 2009, just as the country’s economy was plunging into a recession.

Many shoppers were trapped in the supermarket when it collapsed, but rescue efforts were able to successfully free a large number of survivors in the hours immediately following the event. The Prime Minister called for three days of mourning as of Saturday, but his since resignation is leaving President Berzins to nominate a new prime minister.

Saturday the search efforts following the collapse were called off as many rescuers were killed in a secondary collapse during which part of the still intact roof gave way. It is suspected that even more than 54 were killed as police have been notified of seven missing people who may be among those buried. However, over concerns that rescue workers could be put at a deadly risk, further searches are not going to continue. Interior Ministry Ilze Peterson-Godmane said in a news briefing that “after consultations with specialists we have understood that further presence of rescue workers at this scene endangers their lives.”

Saturday afternoon marked a whole day with no more survivors being located and an ambulance chief said that the likelihood of finding more survivors was almost zero. Groups of people with flowers and candles collected near the ruins Saturday in an effort to mourn the loss of many victims.

The deadly collapse leading to Valdis Dombrovskis’ resignation now leaves decisions to be made about how to continue any rescue efforts that might be attempted in an 860 square foot area still covered in up to 13 feet of rubble.