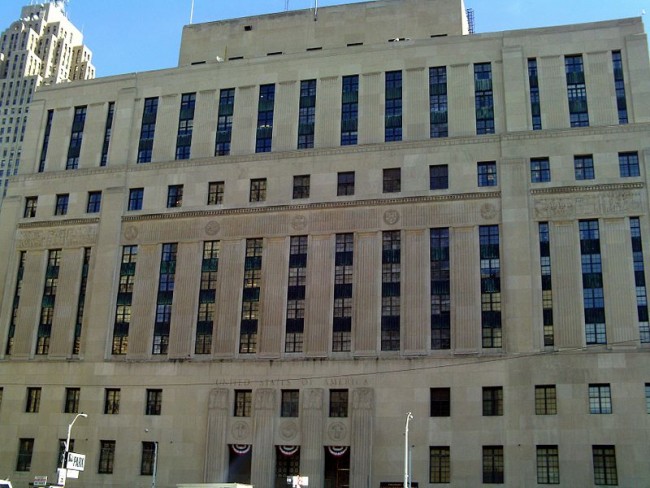 A Detroit resident has been charged with second-degree murder and manslaughter in the death of 19-year-old Renisha McBride, who was shot in the face Nov. 2 while seeking help at Wafer’s home. She had shown up on Wafer’s porch after a car accident.

Fifty-four-year-old Theodore Wafer, a maintenance man charged with McBride’s murder, claims he was acting in self defense. He is also being charged with possession of a firearm during a felony, during which Wafer claims he accidentally fired his shotgun because he says he believes his home, in the Dearborn Heights area of Detroit, was being burglarized.

Wayne County Prosecutor Kym Worthy held a press conference today in Detroit, detailing the charges against Wafer. Worthy said she had considered all the facts of the case: “Race is not relevant to our charging decision.”

The Detroit murder case has enraged and yet galvanized the black community. One can witness much of the backlash on Twitter, where many blacks claim this is another case of racial profiling (McBride was black, Wafer is white) coming on the heels of the Trayvon Martin murder case, for which George Zimmerman was acquitted earlier this year. The effects of the Martin case are still being felt throughout the black community.

Where the Martin and McBride cases differ, however, is that Martin and Zimmerman had a confrontation. In the McBride case, there was evidently no verbal or physical contact between McBride and Wafer. McBride had knocked on Wafer’s  locked screen door and he reportedly set off a shotgun blast, striking McBride in the face and killing her. There was no indication she had forced herself into Wafer’s home, and there was apparently no imminent threat to Wafer’s life.

The Wayne County Medical Examiner’s Office released the results of their toxicology report Thursday, which showed McBride had an alcohol level of 0.218% in her body; the legal alcohol limit in Michigan is 0.08%. She also had marijuana in her system.

The issue of McBride’s intoxication does not appear to have been a factor in her death. If she approached Wafer’s home in an inebriated state, what sort of threat could she have been to Wafer? There was no indication that McBride had a weapon or anything that would cause Wafer to fear for his life. She was alone when she approached him. This may be a major point of contention at Wafer’s trial.

A female source, a mother who lives in Detroit and wishes to remain anonymous, says her gut reaction upon hearing the news of McBride’s death was “‘Please, let this not be another incident like what happened to Jonathan Ferrell [an unarmed 24-year-old black man shot 10 times and killed by a white police officer in North Carolina in September] a couple months ago.'”

The anonymous source spoke at length about her mixed feelings regarding the charges against Wafer and whether she believes justice will be served:

I’m more concerned about whether or not he’ll be convicted for killing Renisha McBride. Like many black people I’m used to injustice so much that I expect it. So many people are given light sentences or are allowed to walk free after they’ve harmed or killed a black person. I agree with Ms. Worthy that Wafer cannot in all honesty claim self defense, because one’s life has to be in imminent danger for self defense to be considered legitimate. Additionally, I don’t know how a person can say they shot someone in self defense accidentally and be taken seriously, which, was in sum, what it sounded like Wafer’s attorney was trying to suggest to us.