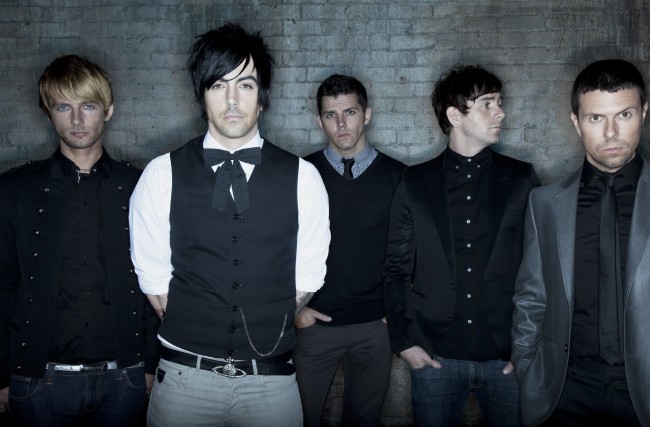 Lostprophets fans have been shocked to hear the recent words that Ian Watkins has echoed. 36 year old frontman, Waktins, admitted to a range of child abuses, including the attempted rape of a baby.

Fans of the Welsh band originally stood by their idol when he was originally accused. He denied the charges of 20 various assaults, but has recently changed his plea. All of this happened after police found a recording of the horrific attempt of the rape of the infant. The court heard how the Lostprophets frontman didn’t remember any of the events, and it is possible that he was high at the time. However, that is no excuse for his actions.

Watkins has a history of drug use, mainly crystal meth and cocaine. It was also stated that many of his victims were forced to take the drugs. Investigations are still going on to find out the full extent of the claims of child abuse against the star.

There are two other women, who have not be named, of similar offences. The women claim that the Welsh singer forced them to carry out their atrocious actions, and have admitted to their sexual offence charges.

There is currently an appeal from the police for more victims to step forward. They do not believe that this was contained to one place and that abuses have happened around the United Kingdom and overseas.

Before Watkins admitted to the attempted rape of the baby and other child abuses, he admitted to aiding and abetting a different woman to the two standing trial with him to abuse her own child. Other crimes he admitted to were taking pornographic images of the children and possessing extremely pornographic material, some of which included bestiality.

Out of 24 different sexual offenses, the Lostprophets singer has admitted to 13. Detective Chief Inspector Peter Doyle believes that Watkins used his own celebrity status as a way to carry out the abuse on the children.

While there are hopes that other victims will come forward, there is an emphasis on the information that is shared online. The victims should not be identified; otherwise it could affect the case and stop them from coming forward out of shame or fear. Social media is being used by fans around the world to share their anger and disgust at a man they had followed and supported throughout the years. Many simply cannot believe the crimes that he has committed.

Last month, Lostprophets did announce that they would be splitting after the frontman’s arrest. They had been together since 1997, and the split begs the question whether they knew their band member was guilty of the shocking abuse.

Watkins’ admittance of the child abuse and attempted baby rape is not bringing an end to the investigation. If there are any other victims out there, police ask that they step forward and make sure they get the justice that they deserve. Only proof can make sure Watkins is convicted fully for his crimes.