Lily Allen is Back With Rump and Circumstance [Video] 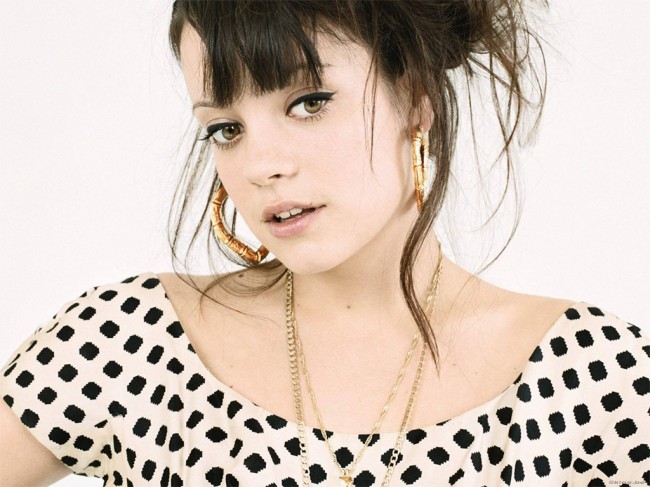 Lily Allen has returned to the music scene with a new video that features all the raunch and rump we’ve come to expect in a video but that is imbued with enough satire to cut through the circumstance and bring her strongly worded message to glaring clarity. The video is being touted as wonderfully feminist by some, and as mocking of various pop culture figures by others. To me, the video is a portrayal of the objectification of women that is presented in a way that is both blatant, sarcastic and insightful.

The opening scene features Allen on an operating table, in full hair and makeup, getting liposuction while being talked down to and talked around as if she weren’t in the room. The surgeons and her white manager manage to mock her weight and reduce her to a piece of furniture that they are carving up to make look perfect. In fact, the banter between the surgeons and the manager represent a lot of messages commonly pointed out by those critical of societal standards regarding body image.

“How does somebody let themselves get like this?” the manager asks.

“It’s the lack of self-discipline, I suppose, really,” one of the surgeons answers.

“Well a lot of women do this after they’ve had children. They just basically, let go.” the manager says to the surgeons. Meanwhile, Allen watches scantily clad women dance on the television screen mounted on the wall.

This exchange is an interesting one because while being condescended to and shamed for her post baby weight, she is also not really being spoken to directly. Her attempts to distance herself from what is transpiring around her result in her facing a television that reflects those same messages of objectification back to her, demonstrating that the systems in place that perpetuate these behaviors are well established and pervasive.

Once the song starts, Allen runs down the list of common grievances that many women have regarding social expectations on them: being in the kitchen, women being called sluts for being sexual, thinness equaling attractiveness, etc. One of my favorite lines is when, in her typical blunt style, she sings, “You should probably fix your face or you’ll end up on your own.” I like this line because it brings to clarity how brazenly societal messages are used to hold women hostage through their appearances. It is a message that can be read in good housewife pamphlets from the 1950s and it is a message that still permeates all forms of media. Women should look good because their chief concern should be pleasing and securing a man.

As the first verse draws to a close, Lily Allen pushes back the surgeons and transitions into the circumstance shown on the television where she launches into raunchy rump filled dance with the women on the screen. It is here that many of the Miley Cyrus inspired elements really take shape, as Allen is the sole white woman, dancing in ways that are reminiscent of Cyrus’ VMA performance.

What is most notable in this scene is that there is not a single cue that the women should be ashamed of their sexualized dancing. While others view the video as mocking Cyrus and women who allow their sexuality to be marketed, I disagree. The point seems to be that all women are accessories in this industry. While Allen does wear more clothing than her dancing counterparts, she does nothing to reverse the position that the opening scene of the video places her firmly within, that of woman/object. During the dance scenes, she interacts with and laughs with the women, as opposed to remaining detached or superior. There are even scenes of her in a kitchen washing hubcaps and eating a banana somewhat graphically, obvious sexual innuendos that are constantly under the direction of her manager.

Then there is the obvious faux product placement with more of the same raunchy dancing, and again, Allen is right there among the other “accessories” while the products become the focus. This time there is a depiction of the women working harder to dance, their moves becoming more graphic with the effort as they try to sell the product.

The whole time the women are dancing, Allen is singing, “It’s hard out here for a b*tch.” In this way she avoids slut shaming. It isn’t that the objectified sexualization is fine, it’s that women shouldn’t be expected to do it and then be called sluts. The video depicts women who are working their hardest to do their jobs while out of touch old white men instruct them on how to push their performances. The same men who talk over them as if they were furniture while they are trying to earn a living and thrive through all of the double standards and misogyny.

Even the use of auto-tune throughout the song seems to add to the statement she is making. She clearly can sing but her voice must be altered for large portions of the song.

On the other hand, Lily Allen isn’t saying anything that is new. We all know the jokes about women in the kitchen. We’ve seen enough television, movie and magazine depictions of women to understand that they are objectified and sexualized in the name of profit.

What Allen offers to the conversation is advice on perception for women. She cautions, “always trust the injustice ‘cause it’s not going away.” Allen must reiterate the points that all are so familiar with because they are still problematic in so many cultures and our conversations around them aren’t changing a whole lot. Allen acknowledges this lack of progress but offers a display of support to women. It isn’t about mocking women who are forced to function within the system, it’s about mocking the system. Through all the pomp and circumstance of the video, Lily Allen’s message is clearly that the shaking of a lady’s rump is a ritualistic part of pop culture and success is nearly impossible for women who wish to back out of the confines of the role of sexualized object.