Mount Etna Is at It Again: Sicily Hit With Volcanic Rock 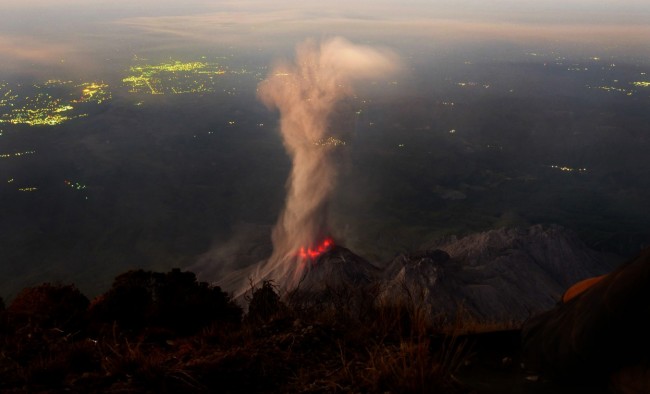 The most active volcano in Europe, Mount Etna, is at it again and Sicily is once more being hit with volcanic rock. Towns on the slopes of the mountain have been hit with volcanic ash and small pieces of rock. Streets and cars have also been hit, leading to road closures in the area until it was determined to be safe and cleared.

Along with roads, two of the air corridors around the area were closed. Luckily, this didn’t cause a problem for air traffic. Many still remember the air flight path closures in 2010 when the Icelandic volcano hit.

Because of the volcano’s size compared to the size of Sicily, a quarter of the residents have homes on the slope. The last time Etna blew, the residents had to be evacuated; but, this hasn’t happened this time. However, no explosion has been as bad as the 1669 one when the lava didn’t stop flowing for many days and reached over the walls of Catania. Many of the villages at the time were destroyed. Catania did try to prevent this by digging a trench, but it led to the lava spreading to a nearby town and provoking a battle between the two.

Mount Etna is the most active European volcano and one of the most active on the globe. About 50 percent of its eruptions have been within the last century, with the most recent serious one before the one today being in 1992. However, there were similar spews of ash and rock earlier this year.

The mountain is extremely useful for robot testing. The area is very similar to that of Mars, making it a good location for testing the functionality of space robots.

Many may worry about Mount Etna being at it again and hitting Sicily with volcanic rock for a 16th time this year, but there are some benefits to the people. The lava has made the soil extremely fertile, so farmers benefit. There is also plenty of beautiful vegetation and wildlife living on the mountainside.

Many of the people of Sicily were ready for Etna to explode. On November 18, Tom Pfeiffer, a geologist, was lucky enough to capture a photo of the volcano letting off a ring of smoke. This is its sign that it is about to let loose. The rings have appeared since 2011, when a new crater formed. This shows that the volcano is constantly changing and evolving for various reasons.

Mount Etna is also the oldest volcano known to man. It was first recorded in 1500 BC. Then, in 29 BC, it was referred to by the poet Virgil. He blamed the volcano for blocking out the sun for a few days.

The eruption today seems quite tame compared to the ones previous, but Mount Etna is definitely at it again and likes to hit Sicily with its volcanic rock. There have been no reported injuries so far and it wasn’t bad enough for authorities to evacuate the villages on the mountainside. Both air corridors are now open and back to normal.