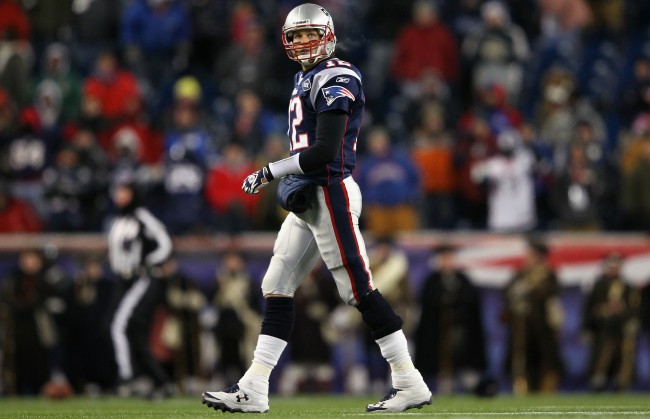 New England and Brady look ahead to the upcoming match-up with the Broncos and Peyton Manning. One month ago, when the New England Patriots lost to the New York Jets because of a contested penalty thrown in overtime they had to quickly put it behind them and prepare for a divisional battle with the surging Miami Dolphins.

Now, New England finds themselves in the same situation.  Having lost to the Carolina Panthers after a holding call was picked up from the field off play that would have wiped away an interception and given New England another shot at scoring, because Peyton Manning and the Broncos are coming to town to renew the Brady/Manning rivalry.

The Patriots must again swallow the bitter pill and get ready for Manning in one short week, due to their Monday night appearance. This game will always be a high profile match-up as long as Peyton Manning and Tom Brady are the quarterbacks. For more than a decade they have been at the top of the list of any discussion of who the best quarterbacks in the league are, if not the top.

Going into the match-up the Denver Broncos are tied with the Kansas City Chiefs for the best record in the AFC at 9-1. New England is 7-3, but remember they have suffered two loses decided by protested penalties; had those calls gone their way they could be alongside the Broncos at 9-1.

The biggest question for the Patriots going into Sunday’s contest is obviously whether or not they can stop Peyton Manning. The last time the two teams met, the Broncos beat themselves turning the ball over in every conceivable fashion; even spoiling a late scoring opportunity that would have brought the game within a manageable margin.

The Broncos have the best offense in the league, ranked first in so many categories it is spellbinding. They are also pacing themselves to set many single season scoring records including total points in a season, a record currently held by New England.  Also Peyton Manning is looking favorable to break the touchdown passes in a season mark, currently held by Tom Brady.

The news gets worse for New England when you look at the health of their defense. They currently have four defensive starters whose status is uncertain for this Sunday. Steve Gregory (safety) is nursing a thumb injury, Aqib Talib (corner) left Monday night’s game early from a hip injury and both Alfonzo Dennard and Kyle Arrington are uncertain.

The good news for the Patriots is that they still have Tom Brady who, as is often reported, has dominated Peyton Manning in the past. Brady is 9-4 when facing Manning, a record that dates back to Manning’s time with the Colts. Manning has thrown more touchdown passes (27) against his rival, but he has also thrown more interceptions (17).

New England can not show any signs that they are still mulling over last week’s defeat. The Broncos can score points faster than anyone and if they blink they might find themselves with an impossible burden to overcome. That is not typical New England behavior however, so a high adrenaline classic should be expected as we always do when Tom Brady faces Peyton Manning. Don’t miss this one, who knows how many more times we can see this great rivalry.

New England and Brady Look Ahead to Matchup With Broncos and Manning added by Nick Manai on November 20, 2013
View all posts by Nick Manai →