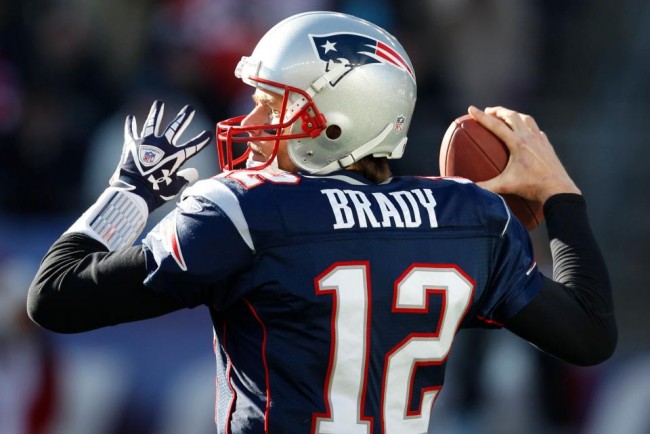 In the epic battle between the New England Patriots and the Denver Broncos, all it took was a single mistake.

Broncos wide receiver Wes Welker made a crucial decision that ended up costing the Broncos the game, and the Broncos defense let the New England Patriots come back and win, 34-31 in overtime. Quarterback Tom Brady had a stellar game, passing for 344 yards and three touchdowns. Peyton Manning, who has been on a tear in passing yards, only came up with 150 for the evening.

The game started off with temperatures in the twenties, and winds up to 20 MPH. Brady then proceeded to throw three interceptions in the first half. A fumble recovery by linebacker Von Miller helped the Broncos take a 6-0 lead early in the first.

Two more touchdowns and a field goal later helped the Broncos take a 24-0 lead in halftime. The Patriots fans at Gillette Stadium let the team have it, booing them as they left the field. The Broncos were poised to go 10-1. There was no way the New England Patriots could come back and win.

Unfortunately, the second half was like day and night for the Broncos. After leading the Patriots 24-0 at halftime, it almost seemed like the Broncos gave up on defense in the second half. The Patriots scored 28 unanswered points to take a 28-24 lead in the third quarter, but the Broncos came back to tie it at 31 in the fourth.

With the game going into overtime, the coin toss was held. The Broncos lost on the call, and in an unusual call, coach Bill Belichick decides that the Patriots would defend. That would end up to be a good thing, as both teams battled back and forth, not being able to score.

Then, with about three minutes left in overtime, it looked like the Patriots were punting it away, and the Broncos would have a chance to score and win with Manning’s patented comeback. But, as Welker was waiting to receive the ball, at the last second he waved off catching it. Unfortunately, his teammate Tony Walker didn’t notice Welker’s signal, and didn’t look for the ball. Instead, it hit off of Walker’s leg, and the Patriots were able to recover it at the Broncos 18 yard line.

That set the Patriots up for the game-winning field goal by Stephen Gostkowski from 28 yards and give the Patriots the victory, 34-31.

Patriots wide receiver Julian Edelman had nine receptions for 110 yards, and tight end Rob Gronkowski had seven catches for 90 yards. Manning ended up completing only 19 out of 36 passes. Broncos running back Knowshon Moreno had a huge game for the Broncos, carrying the ball 37 times for 224 yards.