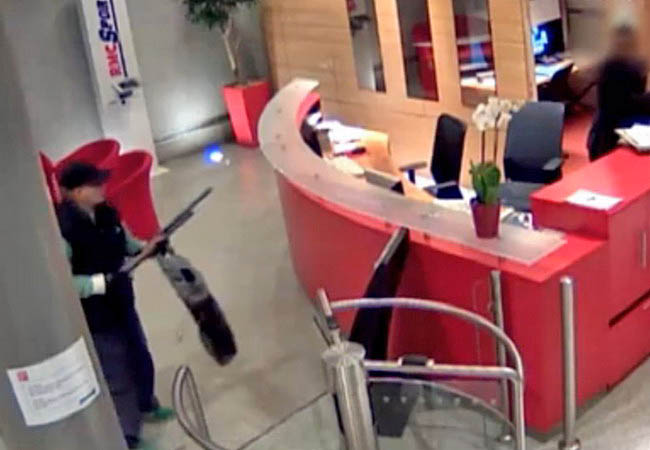 Police in Paris have arrested a potential suspect in the recent shootings in the city, where a photographer’s assistant was shot and badly injured. DNA evidence, collected during investigations of the shooting, was compared to a suspect and proved to be a match, leading to the arrest on Wednesday evening.

Named as 48 year old Abdelhakim Dekhar, the suspect was found in a partially-conscious condition in a car at around 7 p.m. local time in an underground car park in the Paris suburb of Bois-Colombes.

According to a news conference given by Interior Minister Manuel Valls, the man looked to have tried, unsuccessfully, to commit suicide, with Valls saying:

“Everything seems to show that indeed, he tried to commit suicide. However, he did not kill himself, which is very important so that we can find out all the facts.”

Valls added that the motive for the shootings remains unknown.

A manhunt was launched for the gunman after he first entered the offices of the Libération newspaper, threatening staff members and journalists with a pump-action shotgun and shooting a young photographer’s assistant who was there for the first day of a photoshoot.

Reportedly the unnamed photographer is now conscious and while still in a serious condition, is out of danger.

Shortly afterwards, a similar incident occurred at the Paris offices of Societe Generale bank, where a man fired shots, but no one was injured.

The shooter then hijacked a vehicle, forcing the driver to take him to the center of Paris, where he disappeared into the crowds on the Champs-Elysees boulevard.

Paris police found spent cartridges in the vehicle, probably used in the recent shootings and using this evidence, were able to find traces of DNA on the cartridges, positively identifying Dekhar and this led them to be able to arrest the suspect.

A man with a past

It appears that Dekhar has a history with the French police, as he was apparently jailed on October 4, 1994 when he participated in yet another Paris shootout where three policemen and a taxi driver were killed.

He assisted a young couple, Florence Rey, 19 and her lover, Audry Maupin, 22, by supplying a gun for use in what was dubbed a “Bonnie and Clyde” style shootout. Witnesses described him as being a mentor for the couple and said that he manipulated them into committing the crime.

At that stage, he claimed he was an agent with the Algerian security forces and  proclaimed his innocence, denying any involvement with the couple.

One of Dekhar’s lawyers at the time, Raphael Constant, described him as a “not very socially-adjusted young man” and that Dekhar was convinced his uncle, the  so-called head of Algerian secret services, had trained him.

Dekhar was sentenced to four years in jail for the incident for both supplying the couple with the weapon and also for inciting them to violence through his radical far-left politics.

The Interior Minister said that Dekhar probably moved overseas after he was released from jail in 1998 and that Dekhar’s former lawyer had said she thought he was living in the United Kingdom.

Due to the suspect’s medicated state, police were not able to question Dekhar immediately on arresting him and he was taken to hospital and is under guard.

According to Valls, Dekhar had left a letter, possibly a suicide note, in the car.

While he gave no further details, the French BFM TV channel did report that the letter made mention of Syria and Libya. Further reports say that the letter criticized capitalism and media manipulation.

On top of the suicide letter, Paris police say the DNA evidence further confirmed Dekhar’s involvement in the recent shootings and let to the arest of the suspect.