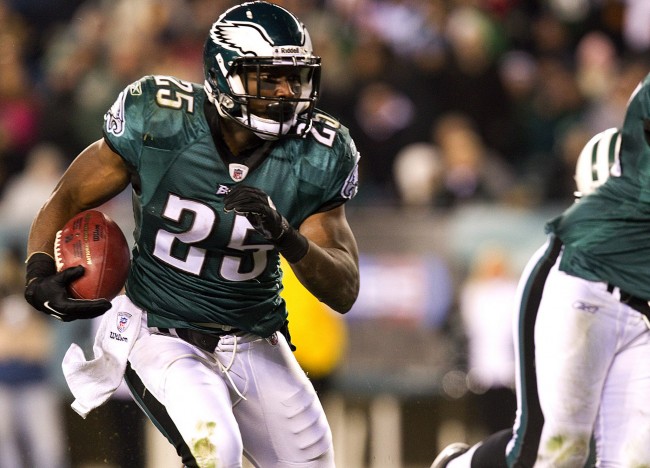 The Philadelphia Eagles (5-5) went head-to-head with the Washington Redskins (3-6) today at the Lincoln Financial field in Philadelphia this afternoon. The Redskins, who have been working to make it into the playoffs again, fell short at today’s game, losing to the Eagles 24-16 and eliminating their chance of ever hitting the playoff field.

The Eagles, who are now 6-5 and have been battling to remain in first place for several weeks this season, have finally ended their home-game losing streak, making today their first win in Philadelphia since September 2012.  This game has finally put them ahead of all teams in the NFC division.

Nick Foles, current Eagles quarterback who has been undergoing a great amount of pressure and negativity from Michael Vick fans, completed nine passes for a total of 217 yards in the first half. Robert Griffin III, starting quarterback for the Redskins, was unable to move the ball significantly. Even though Washington managed to cover 160 yards against the Eagles in 28 attempts, they didn’t manage to score. Before the first half ended, LeSean McCoy managed to score a touchdown for the Eagles before suffering a hamstring injury. The Eagles were left at a 17-point lead by the end of the first half.

The Redskins didn’t begin to make progress until the fourth quarter, where Darrell Young caught a 62-yard pass from Griffin. With six minutes left in the game, Griffin threw a 41-yard pass to Aldrick Robinson, making it the final scoring play of the game.

The Eagles did not score in the final quarter of the game, but McCoy made the heart-racing, winning touchdown for the Eagles in the third quarter, with Foles throwing a total of 298 yards and 17 of 27 completed passes.

Griffin, however, completed 17 out of 35 passes with two turnovers—one interception and one lost fumble. Since the beginning of this season, he has thrown 14 interceptions and 7 fumbles in the nine games he has played.

Today’s game was Foles’ second straight game as quarterback, perhaps proving that he may be a better passer than Michael Vick. To date, Foles has 67.2 percent of his passes and has had no interceptions this season. He also completed 80 percent of his third down passes, whereas Vick has only made about 40 percent. Eagles head coach Chip Kelley has not yet announced which will quarterback will continue to play next week and for the rest of the season. With the progress that the Eagles have made with Foles and the injury Vick has struggled with, it is likely that Foles will start again next week.

The Eagles are due to play  the Arizona Cardinals on December first at Lincoln Financial Field, making it Philadelphia’s fifth home game. The Cardinals, who beat the Jacksonville jaguars today 27-14, will play the Indianapolis Colts at home next Sunday. The Eagles will have a two-week window to prepare for their head-to-head against the Cardinals on the first. For now, the Eagles are sitting pretty, breaking a losing streaking and stealing first place in the NFC East, they now start preparing for battle.