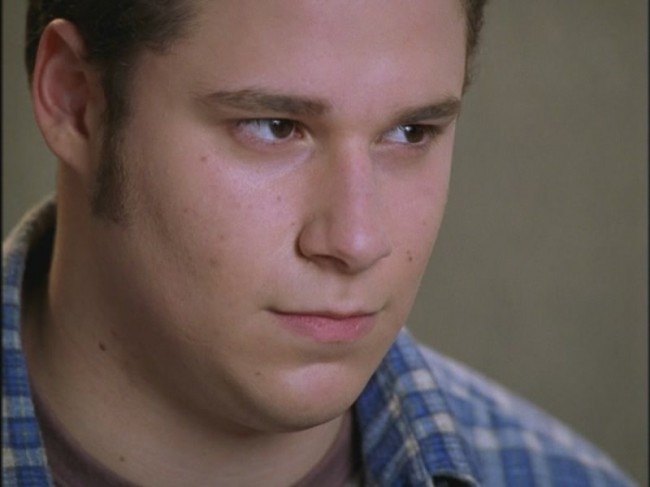 Seth Rogen has come a long way since his being a teenage Canadian stand-up comedian. He has skyrocketed to success, now having a net worth of over $45,000,000.

Rogen’s first acting debut came as a role in the now classic TV drama Freaks and Geeks. Rogen played the beloved class clown character Ken Miller. Afterwards he went on to earn an Emmy nomination as one of the writers for Da Ali G Show.

Rogen has now worked as a film producer, voice actor, screenwriter, and comedic actor. He has starred in several films to date, most recently This is the End, which grossed $101.5 million. Seth Rogen wrote, directed and starred in this film, a testament to his multifaceted talents for comedy on the big screen.

He is most recognized for his improvisational comedic acting style, often improvising a scene on the spot, instead of like most actors who follow their scripts verbatim. In explanation of his work with mentor Judd Apatow, Rogen says “We do want the movies to be funny and we know that makes for a good movie-going experience. But to us, the reality and the honesty is the most important thing.” His roles in The 40yr Old Virgin and Zack and Miri Make A Porno exemplify this perfectly. It was with the help of Apatow and his role in Knocked Up that changed his climbing the proverbial ladder to something more like a ride in a rocket ship to stardom.

Seth Rogen has come a long way since his birth April 15th 1982, to Sandy and Mark Rogen, in Vancouver. His parents worked for non-profit organizations. Rogen grew up in Vancouver with his only sibling, sister, Dayna. Rogen’s comedic skills were first realized and honed in his teenage years when he would spout routines at small clubs and local parties. It was obvious, even then, what an amazing ability to arouse insatiable laughter he possessed.

Rogen’s acting skills are only one facet of his comedic genius, which became even more apparent to the movie-going public with the release of the 2007 film Superbad. Rogen adapted this screenplay for a script co-written by himself and childhood friend Evan Goldberg. The two, shortly afterward, wrote Pineapple Express. Rogen brought along James Franko to co-star in this film, it being the first time they had worked together since the short-lived Freaks and Geeks. The film grossed over $87 million, and brought in over $23 million the first weekend just in the United States.

The most recent, amazingly hilarious thing Rogen has come up with is a parody music video he and Franco came up with while working on their latest masterpiecef The Interview. The parody duplicates Kanye West and Kim Kardashian’s new music video “Bound 2” frame for frame. Franco and Rogen have, reached a new level of hilarity with this spoof-tastically tongue in cheek bromance video. From Rogen’s excellently performed back arches and “sexy-face” impressions of Kim Kardashian, to Franco’s tough-guy demeanor and eyebrow expressions; their video “Bound 3” may prove more successful than it’s counterpart and Kanye’s original video. Kardashian commented “It’s so funny. I love it.” Seth Rogen has come a long way from being a funny teenage comic to being able to make even someone like Kim Kardashian chuckle about herself. Thank you Seth and James, we all loved it too and we can’t wait to see what’s next.