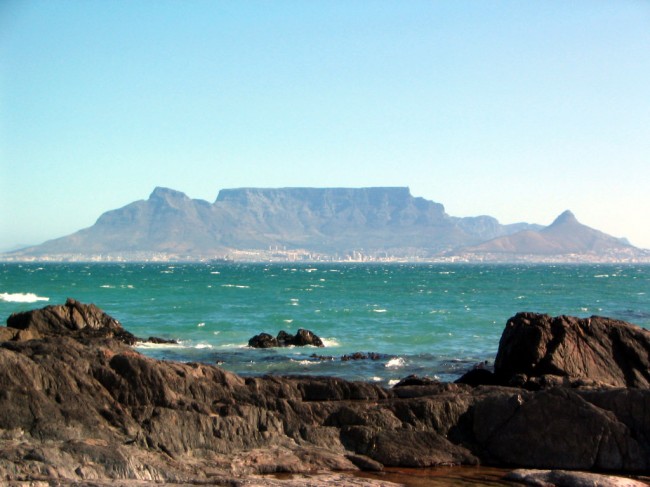 South Africa has the most official languages in the world, 11 in total. This abundance of language is probably the biggest obstacle in reconstructing a free ethnic egalitarian rainbow nation. English, Afrikaans, isiZulu, isiXhosa, Sesotho, Setswana, Sepedi, Xitsonga, siSwati, isiNdebele and Tshivenda are all the official languages in South Africa.

Having a common culture or speaking the same language would be easier for South Africa to focus on overcoming the mean racial discrimination that haunts the nation. The 11 official languages and different ethnic groups all have different customs and cultures. The culture and history of each individual group is unique to each different group of people.

The nationality of South Africans are always portrayed as either white or black, Zulu speaking or Afrikaans and so forth. The people of this country have a hard time referring to themselves as South Africans. The identification of people is never just ordinary South Africans, it is always extended by Indian, Colored, Zulu, Xhosa or black.

Language barriers are a real problem. How can this country become a prosperous country if its own citizens cannot speak to each other?

There is no clear indication if South Africa will ever be a united country with one unified people. Black people continue to blame the white people for their current situation and white people have to defend their position and so the blame game continues. All the citizens forget that they share one identity, which is being South African.

To develop economically and socially, the identity of South Africans must adapt to a united one and until then we will stay in the blame game. No real progress can be made while the people still remain in the past and refuse to move forward as united South Africans.

The racial blame games, and referring to different cultures as either white, Indian, deprived or unjustly treated can never have a positive effect on the country. The people need to look away from the past and see the future. Focus on what can be and implement a change and a commitment to try. This should start with the leaders.

Division among the people has a detrimental effect on the social and economic factors of the country. The division in government and the endless cycle of belittling certain cultures is wrong.

South Africa is not the only country in the world that has a diverse people with different cultures and we must commit to democracy and learn to respect people. The citizens must begin to realize we will always have remarkable histories and cultural trends and thus unite as supportive South Africans and stop the racial slurs that will never help to improve our situation.