Thanksgiving How to Win the Battle Against Leftovers

By Romana Outerbridge on November 28, 2013Comments Off on Thanksgiving How to Win the Battle Against Leftovers 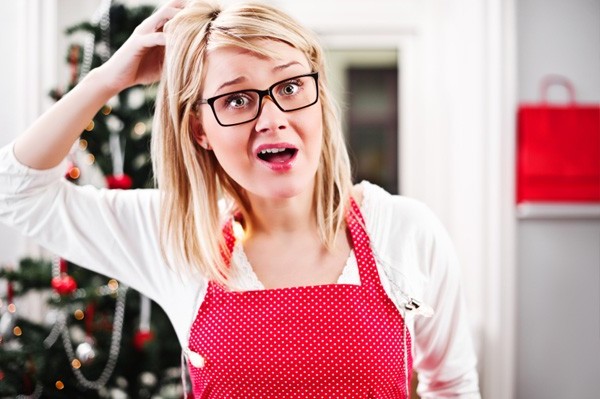 After the turkey has been roasted, the dressing has been stuffed and the gravy has been poured, inevitably every Thanksgiving meal is followed by days of battling the leftovers. Despite what logic would suggest, there are in fact only so many times in a row that a family can eat Turkey sandwiches. So below is a list of how to use up the remains of your turkey dinner.

Turkey Mac and Cheese
The glory of mac and cheese is no stranger to most Americans and left over turkey is a fantastic lean protein to add to a classic lunch time favourite. After going all out in the kitchen the night before, the chef deserves a break. After boiling some pasta, in another sauce pan mix a little bit of butter and flour until slightly golden brown followed by pouring milk in to create the base for the sauce. Add cheddar and grated yellow cheese in until melted and maybe even a little Sriracha to kick things up. Last but not least mix sauce, some chopped up turkey and the pasta all together. For the truly exhausted chef, carrying out the last step on a box of Kraft Dinner is still perfectly acceptable.

Turkey, Brie and Cranberry Quesadilla
For those that are in the mood for something a little more refined but still craving cheesie goodness, Thanksgiving is a great opportunity to get creative with quesadillas. Shredded turkey and left over cranberry sauce are complimented beautifully with melted brie. Fold a quesadilla wrap in half with the three ingredients inside and fry on both sides in a frying for 5 minutes on medium per side or until cheese is melted. Still haven’t washed the pots and pans? This can still work in a microwave but keep in mind the quesadilla won’t get that delicious crunchy outside.

Mashed Potato Corn Chowder
Possibly one of the easiest soups to make and uses the most left overs, this soup is perfect. Mix with a little bit of stock until reaching desired thickness, mashed potatoes, cooked corn, and some bacon or chopped up turkey for the meat lovers and let simmer. For a little extra flavour, throw in a large piece of smoked sausage to get an even more incredibly rich flavour.

Penne with Kale, Mushrooms, Turkey and Pesto
A slightly more exciting pasta dish is easy to achieve with a few simple ingredients. Sautee mushrooms and kale in a pan with some olive oil. Once vegetables are cooked, throw in some left over turkey to heat it up, but be careful not to over cook. Throw in some pasta and enough pesto to coat and a tasty bowl-full is possible in 20 minutes. This recipe also works with tomato sauce for anyone that needs something lighter after a heavy Thanksgiving night.

Sweet Potato Quinoa and Spinach Salad
This Thanksgiving introduce family members to quinoa. This ancient grain is packed full with nutrients as well as protein. Mix cook and chilled quinoa with chopped up left over roasted sweet potato or yams and toss with a balsamic vinaigrette. Serve over a bed of baby spinach and diets are back on track until Christmas. Feta is optional if people are looking for an extra protein boost.

Sweet Potato and Sage Scones
Adding a cup of mashed left over sweet potatoes or butternut squash are a fantastic compliment with dried sage to making the best scones ever. Not only is there the added Vitamin A, but the orange veggies also add a natural sweetness to these baked treasures. Another secret trick to fluffy scones, is using grated frozen butter in the recipe and keeping the mixture as cold as possible before baking. This allows for the butter to be evenly distributed but to still melt in little pockets while baking giving it the flaky desired texture.

Turkey Pho
Making soup after Thanksgiving is an automatic thought for most people. Not only is soup a light option to give stomachs a break but it’s also another great way to get the diet back on track. Rather than doing a traditional turkey soup, try making Pho (pronounced Phu) has an exotic alternative. Toast coriander seeds, 4 whole cloves, and one cinnamon stick before adding them to any chicken or turkey stock. Also add fresh ginger and green onions to the simmering pot and allow these aromatics to infuse into the broth and your entire house. Ideally if it’s in the fridge, fish sauce is also key to making an authentic Phu. When it’s time to assemble the soup, pour broth over cooked rice noodles with thinly sliced cooked turkey, fresh cilantro and wedge of lime. This is another great opportunity to use Sriracha to heat things up for winter.

Pumpkin Pie Milkshakes and Lattes
In the unlikely event that there is left over pumpkin pie or pie filling (has this ever actually happened?!) scooping out the filling and freezing it is a fantastic way to preserve it. These little frozen gems can then either be blended if frozen in small enough pieces for milk shakes or thawed and re-heated to make a home version of the Starbucks favourite.

There war against leftovers will never really be over, but hopefully these few tips and tricks will have win the battle of Thanksgiving!