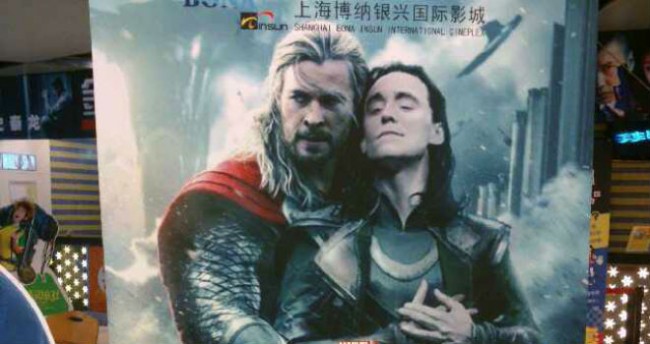 Fans of Thor prepare yourself for a loving embrace so powerful it can only have happened on accident. In Shanghai a movie poster of for the new Thor movie looked a little bit different than it should have. The supposed mistake has gone viral and left many laughing as two brothers unexpectedly hold each other close. You will not see anything like this in the movie as the accidental poster is in fact fan made and has no connection to the movie in actuality.

The picture shows protagonist Thor protecting antagonist Loki in what looks to be a very touching embrace. This poster is not the original and is without a doubt fan made. Somehow a mistake was made at the Shanghai Bona Insun International Cineplax. One particular movie goer that is also a micro-blogger saw the poster and was kind enough to take a picture and upload it. Unfortunately other movie theaters in China will not be supporting this happy little surprise. If this was the squeal Marvel intended for they have certainly pulled a fast one on a lot of Thor fans. At this point they should probably roll with it and use it as inspiration for the next sequel.

Thor: The Dark World is the second movie in the current Thor saga but will not be the last. Chris Hemsworth, the actor playing Thor, says that he has been contracted for another Thor movie. Plus, he will be playing Thor in the next Avenger movie Age of Ultron. Producer Kevin Feige has stated “We definitely have a story we’d like to tell.” Feige also said that it was unlikely that Loki would appear in Age of Ultron or the third Thor movie but they still have ideas for Loki’s future, the villain won’t go down easily it seems.

Thor: The Dark World is set to release tomorrow and will likely be quite the blockbuster. No doubt Disney is happy about their decision to purchase Marvel as Thor along with other movies set the stage for the next Avenger movie. Those anxiously awaiting Avengers: Age of Ultron need to prepared for a wait as the release date is set to be summer of 2015. Although the new movie will bring back favorites such as Robert Downey Jr. as Tony Stark, it will also be introducing individuals new to the series such as Elizabeth Olson who will be playing the Scarlet Witch and James Spader who will be playing Ultron. 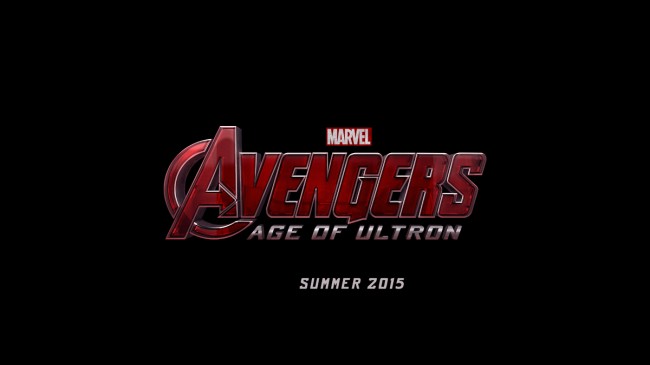 Thor fans won’t be seeing an accident like those in China. Unfortunately nobody else will probably encounter this accident unless online. The fact that this fan made image was even blown to such proportions is a spectacle itself, one that I appreciate at least. If Thor: The Dark World  leaves you laughing, it won’t be due to the cuddly couple above. The eighth of November marks the release of this action packed adventure.