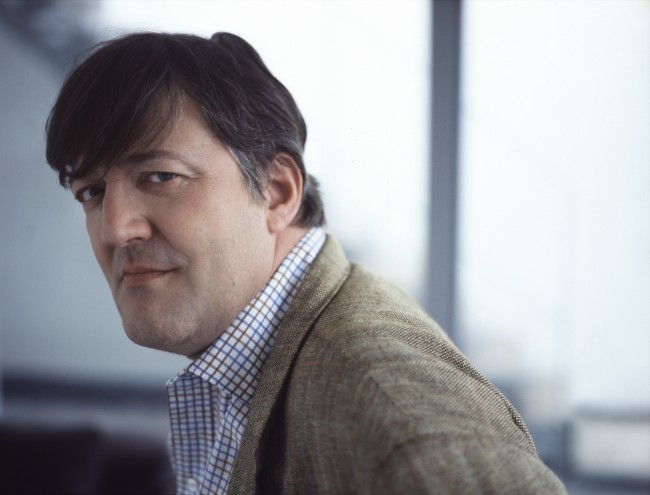 Stephen Fry is having a very successful month in deed with his string of new positions, including one at the University of Oxford. Between November 21 and November 24, he has gained at least three new prestigious opportunities. Just one of those is Fry becoming the new visiting professor for the UK’s prestigious University of Oxford. He already has a range of quiz shows that he is infamous for.

The QI presenter will replace the current visiting profession at St. Catherine’s College, Oxford, Sir Michael Boyd. The position will start in February 2014 and he has already made his forte clear. He loves drama and comedy and hopes to nurture that in his students. Unfortunately, “dance and music will feature little.”

In the same month, Fry will also host the British Academy of Film and Television Awards (BAFTAs) for the ninth time in his career. It is another event that he is honored to be a part of and says he looks forward to it every year.

This year at the BAFTAs, the movie Argo directed by Ben Afleck did extremely well, winning three awards. Afleck snapped up the award of Best Director. The nominations for 2014 will be released on January 8, 2014 after the first round of voting just before Christmas. The show will hope to beat 2013’s best ever ratings since 2004 and will air exclusively on BBC 1 on February 16, 2014.

Being awarded the honor of becoming the University of Oxford’s new visiting professor is the second on the list of Fry’s achievements. He has also stated that he looks forward to nurturing the writers in his classes. Professor Roger Ainsworth, St. Catherine’s College’s Master, believes that Fry’s performance in the Twelfth Night in 2012 will be a talking point for his students. It is likely that the students will also be excited about meeting him on a personal and general educational level.

The third achievement in the last few days, just before the University of Oxford announcement, has been the chance to be one of the voices on the new Hidden Kingdom. It is going to be a new BBC wildlife documentary, covering the dangers that many of the smaller animals around the world struggle with. This will be his second voiceover role for the network. He was on the documentary Ocean Giants. However, he has done work on audio books including the Harry Potter series and The Hitchhiker’s Guide to the Galaxy.

Kim Shillinglaw, commissioning chief of the BBC, believes that Fry’s voice is perfect for voiceover work like this. He has the tone that is just right for storytelling. Many people will agree, especially those who are a fan of QI. There is no confirmation of when his voice will be heard on the show.

Fry is a talented man. He is a writer, actor and excellent TV presenter. It is no surprise to hear that the University of Oxford has chosen Fry as its new visiting professor or that he has gained the other great opportunities this past week. The Oxford students are lucky to have him as their professor.