Boeing Prepares for the Future With Promotions and Expansions 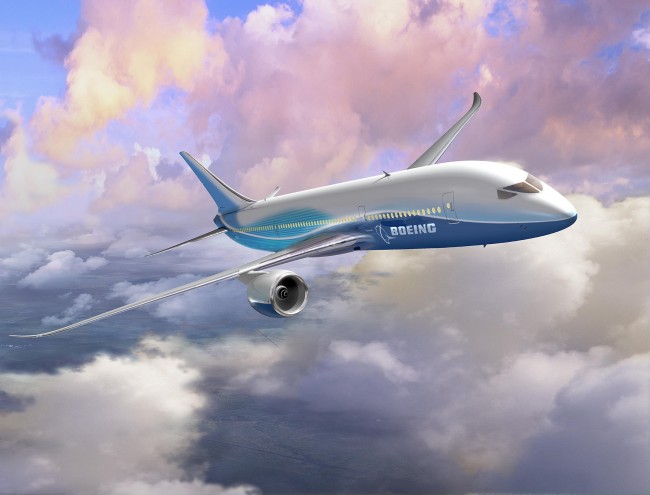 Boeing has dealt with turbulence in the past, but it looks like the future will be clear skies. With expansions to factories and a new model of jet liner in the works, the promotion of Dennis Muilenburg to Chief Operating Officer comes at a time when Boeing looks to have its future all sorted out. This is, of course, a welcome change, and shareholders and executives alike are excited to see where it all takes them.

Dennis Muilenburg was promoted to Chief Operating Officer from the Head of Defense position, making him an early choice to succeed Jim McNerney, the current CEO. The announcement comes with a lot of changes and office shuffling, as Boeing says it is working to ensure there will be a range of options available when McNerney, now 64 years old, hits the mandatory executive retirement age of 65. The head of Boeing’s military section, Chris Chadwick, will move up to cover Muilenburg’s position in the Defense Division; and Ray Conner, current head of commercial business, will share the Vice Chairman title with Muilenburg.

Amid all the promoting and expanding, Boeing is also working to find the future place to build its new 777X jetliner. With advanced wings and engines, the 777X is a derivative of the current line of 777 jetliner’s currently built in Seattle. However, when Boeing approached the machinists union with a tentative contract to build the 777X in the current facilities, they were declined due to a loss of pensions with a vote of 2-1. Unfortunately, this flies in the face of many machinists who are trying to prepare for their own futures; some of which are expanding with children on the way or are hoping to promote a comfortable life for their children and spouses. It is widely agreed that pensions are a must have, but many workers not in a leadership position are worried about right now, as aviation work in Seattle is getting harder and harder to come by. It is feared that there will be massive job losses within the decade and many are wondering how they will be able to stay afloat. From the list of 54 possible states and 22 possible factory sites, Boeing hopes to announce its top picks in the near future.

Despite this, there is still some certainty on Boeing’s horizon. In a recent billion dollar deal, Boeing acquired land needed to expand its South Carolina factory to include a painting facility for its 787 Dreamliners. Currently, the 787s are built in South Carolina and flown to Fort Worth, Texas, to have their airline logos painted on before being sent back to South Carolina to be shipped to customers. If that sounds like a weird way to do things, executives at Boeing agree and work is currently underway to prepare the land for the expanding facilities. This has promoted a sense of security for workers at the Boeing factory. The new facilities are expected to start painting in mid-2016.

Amid concerns about jobs, optimism in stocks, and pervasive change, Boeing remains at the forefront of aviation. Although there are several details changing, such as who makes the big decisions to who bolts the wings on, Boeing as a whole is in good shape. With solid plans for the future and a new plan in place, Boeing is set to glide through clear sunny skies.