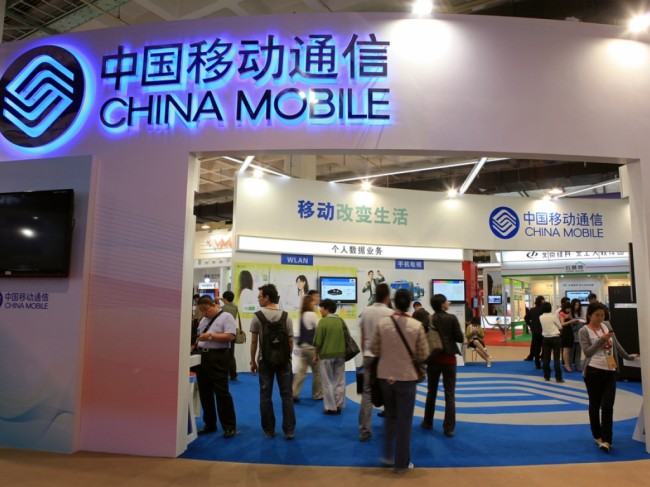 Is China Mobile set to become a big time client of Apple? According to Reuters, the ink isn’t dry just yet and China Mobile is still in negotiations with Apple. Both are keeping quiet about the pending deal. However, the end of Apple’s quarter looms and if they want to take advantage of holiday sales to generate massive revenues and lead into a strong 2014 quarter, they need to finalize a deal.

China Mobile is the world’s largest provider with over 700 million customers, more than double the entire population of the continental US. Most of them use Android platform phones but it is rumored a good many iPhones have been hacked to use China Mobile’s network. China’s other two major providers, China Unicom and China Telecom, boasts over 400 million customers between them. Both provide iPhones officially as part of their service packages.

There is much speculation that China Mobile will close the deal soon, since Apple has already overcome a key impediment to opening up the Chinese market by securing permission to run the iPhone on China Mobile’s network from Chinese regulators last September. The Wall Street Journal Report has China Mobile offering the iPhone as early as December 18, ostensibly at a conference in Guangzhou held by the provider. That sets up China Mobile to become a big time Apple client.

What does this mean for the Chinese customer base? Millions of iPhones on the largest network in the world, providing stiff competition for Android that already enjoys a very sizable chunk of the smartphone market. What does this mean for Apple? Their highest selling hardware platform is the iPhone and the deal has the potential to catapult them as the number one seller of smartphones. Additionally, it also provides a toe hold for a solid iPad market, especially on China Mobile’s 4G network.

Currently, Apple leads or is second in smartphone sales in all other countries except China, where it lags behind such companies as Nokia and Samsung. Should the ink finally dry on the China Mobile deal, and there seems to be strong indications that it will, Apple is set to overtake all other smartphone companies in sales. This includes millions of new customers, not counting the millions already using hacked iPhones on China Mobile’s network.

So what’s holding the deal up? The Wall Street Journal jumped the gun somewhat in reporting that the contract between Apple and Chinese Mobile was a done deal. Last Thursday, a China Mobile representative said in a short statement that negotiations were “in progress” and that there was no new information. Apple was slow to respond to requests for any comments. One problem with the negotiations had seemed to be China Mobile’s outdated 3G network but Chinese regulators had already cleared the path for the provider to set up a 4G network using blazingly fast TD-LTE (Time-Division Long-Term Evolution) technology, the coming standard for telecommunications. So, with that major hurdle gone, how quickly will China Mobile become a big time Apple client? Hopefully before the year is out.

How Much Revenue And EPS Could A China Mobile Deal Generate For Apple?