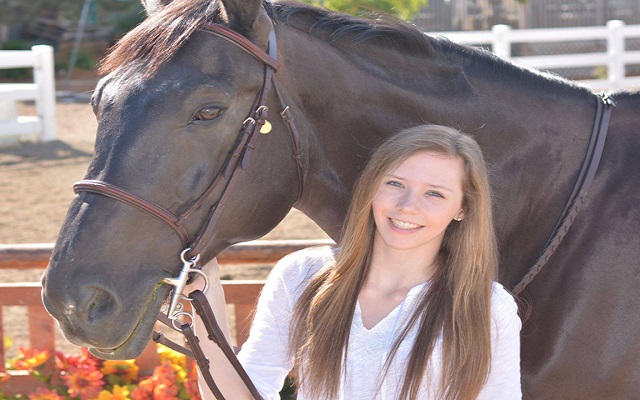 The 17-year-old student from Arapahoe High School died Saturday afternoon. Claire Davis was shot point-blank in the head on December 13 by a fellow high school student who then turned the gun on himself and took his own life. The high school senior lost her fight after spending eight days on life support at Littleton Adventist Hospital.

The victim’s killer, 18-year-old Karl Halvorsen Pierson, reportedly entered the school in search of Tracy Murphy. Murphy is a coach for the debate team and a librarian at the high school. Pierson was armed with a legally purchased gun, a machete with several rounds of ammunition strapped across his body and three Molotov cocktails inside of his backpack.

In less than two minutes Pierson had fired five shots and ignited one of the Molotov cocktails before he darted to the school’s library and took his own life. Arapahoe county sheriff, Grayson Robinson, said a mass murder was stopped due to the quick response of the sheriff’s deputy who is assigned to the school.

Murphy was not located by him when he entered the school. Although Pierson and Clair were acquainted with each other they weren’t friends; she seemed to be a random victim who was sitting in the hallway and had no time to react. It was reported that the debate coach had disciplined the shooter back in September but the details surrounding the disciplinary action were not identified.

A friend of Pierson said he was a member of the Eagle Scouts and was a very smart and intelligent guy. Pierson hated to be wrong and if anyone ever beat him in an argument they counted it a serious victory.

Friends and neighbors of Claire called her a horse lover, great student and the community babysitter. They said she was a great friend; if you needed her she was always there.

Colorado Governor John Hickenlooper spoke highly of Claire’s parents. He said that they are remarkable people who raised a beautiful young woman.

Her friend, August Clary, said Claire spent many hours training her horse. Her horse was a big part of her life. August had known Claire since their freshmen year. He said she was very sweet and an extremely bright girl who wouldn’t hurt a fly.

Sheriff Robinson said Claire was a young woman of purpose and principle. She was an innocent victim of a horrible and evil violent act.

Since the tragic shooting the entire community has rallied around Claire wishing her well. Twitter users sent out tweets asking everyone to #PrayForClaire. Last Saturday a candlelight vigil was held for Claire with about 500 students outside of the school. They formed the message “4 Claire” by inserting flowers into the fence.

Today the Littleton Adventist Hospital posted on its Facebook page that Clair passed away with her family by her side. 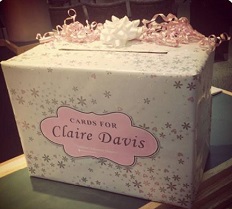 They also wrote that in spite of the best efforts of their team of physicians and nursing staff, coupled with Claire’s fighting spirit, she had lost the battle. The hospital said that Claire’s injuries were too severe and even with

the most advanced medical treatments they could not prevent her tragic loss of life.

The hospital also posted that a public celebration of life for Claire would be announced later, in the mean time they were still accepting cards for her family in a box at the main entrance labeled “Cards for Claire.”

Claire Davis, the 17-year-old student from Arapahoe High School, died Saturday. She spent eight days at Littleton Adventist Hospital on life support after being shot in the head by a fellow student. Claire died with her family by her side.