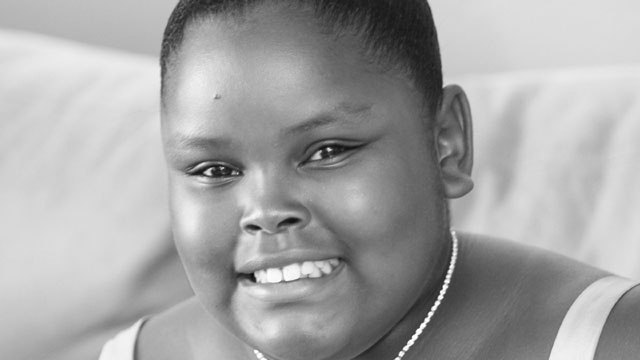 The family of a 13-year-old girl, who was declared brain dead following a routine surgical operation, was granted their wish for her life support to be extended.

Medical practitioners at Children’s Hospital Oakland, along with an independent pediatric neurologist from Stanford University, claim that Jahi McMath is brain dead and will never recover. As a result, hospital doctors are seeking to turn off the life support machines, responsible for keeping the young girl’s heart beating. In contrast, her family have requested the life support remains active in the hope that her condition improves.

Alameda County Superior Court Judge Evelio Grillo has now decided upon a new ruling, recently. Judge Grillo, who was responsible for making the very first ruling, has offered the family a late reprieve, electing to extend the deadline for McMath’s ventilators to be turned off. The decision was made shortly before 5 p.m. Monday – the point at which she was originally scheduled to be removed from the life support machines.

The girl’s mother, Nailah Winkfield, was overcome with joy upon learning of the ruling. Outside of the hospital walls, she sobbed and hugged her relatives. According to the Associated Press, Winkfield briefly reflected upon her predicament:

“Who wants to know the date and the time their child would die? I don’t care what anyone has to say about what I’m doing… I have to do what is right for me and for Jahi.”

The judge has ordered the hospital to keep the young girl on life support until Jan. 7, 2014, in accordance with an order that was filed in Alameda County Superior Court.

Attorneys are now working to request a temporary restraining order and injunction against the hospital, preventing them from disabling McMath’s life support. An appeal is also being filed with California appellate courts.

McMath’s family has been searching for alternative hospitals to take her. After a number of facilities dotted across California rejected the family’s appeals, they began looking further afield. The girl’s relatives have informed the media that a facility in New York is willing to accept McMath. Indeed, the family’s court filings are reported to show that the New Beginnings Community Center in Medford, New York, is willing to extend round the clock care for the young child.

Sealey alleges, however, that Children’s Hospital Oakland are preventing their attempts to organize a transfer; they are refusing “… to agree to allow us to proceed in that matter,” claims Sealey. In a brief statement, he also states that his niece is showing signs of movement when her mother attempts to communicate with her, verbally and physically.

“We need to be able to talk to the other facility to understand what it is they are capable of doing… This is not transferring an individual in a vegetative state, but a dead body.”

Indeed, the hospital is refusing to perform a tracheotomy or insert a feeding tube – procedures necessary to permit McMath’s transfer to another facility – arguing that it would be unethical to perform surgery on an individual who has been declared legally dead.

McMath was declared brain dead, following surgery to remove her tonsils, adenoids and sinus tissue, earlier in December. The surgery was recommended as a treatment to resolve the girl’s pediatric obstructive sleep apnea.

The condition can stem from a range of problems, including neuromuscular diseases and adenotonsillar hypertrophy – a condition where the adenoids and tonsils become enlarged. Obesity also increases the risk of developing obstructive sleep apnea by around five times.

After Jahi McMath underwent a tonsillectomy to treat her sleep apnea, the family maintains that she awoke from her operation and started bleeding heavily. Allegedly, this prompted her to go into cardiac arrest and, three days later, she was pronounced brain dead.