Google Glass Has Eye on the Future

By Mark Clarke on December 4, 2013Comments Off on Google Glass Has Eye on the Future 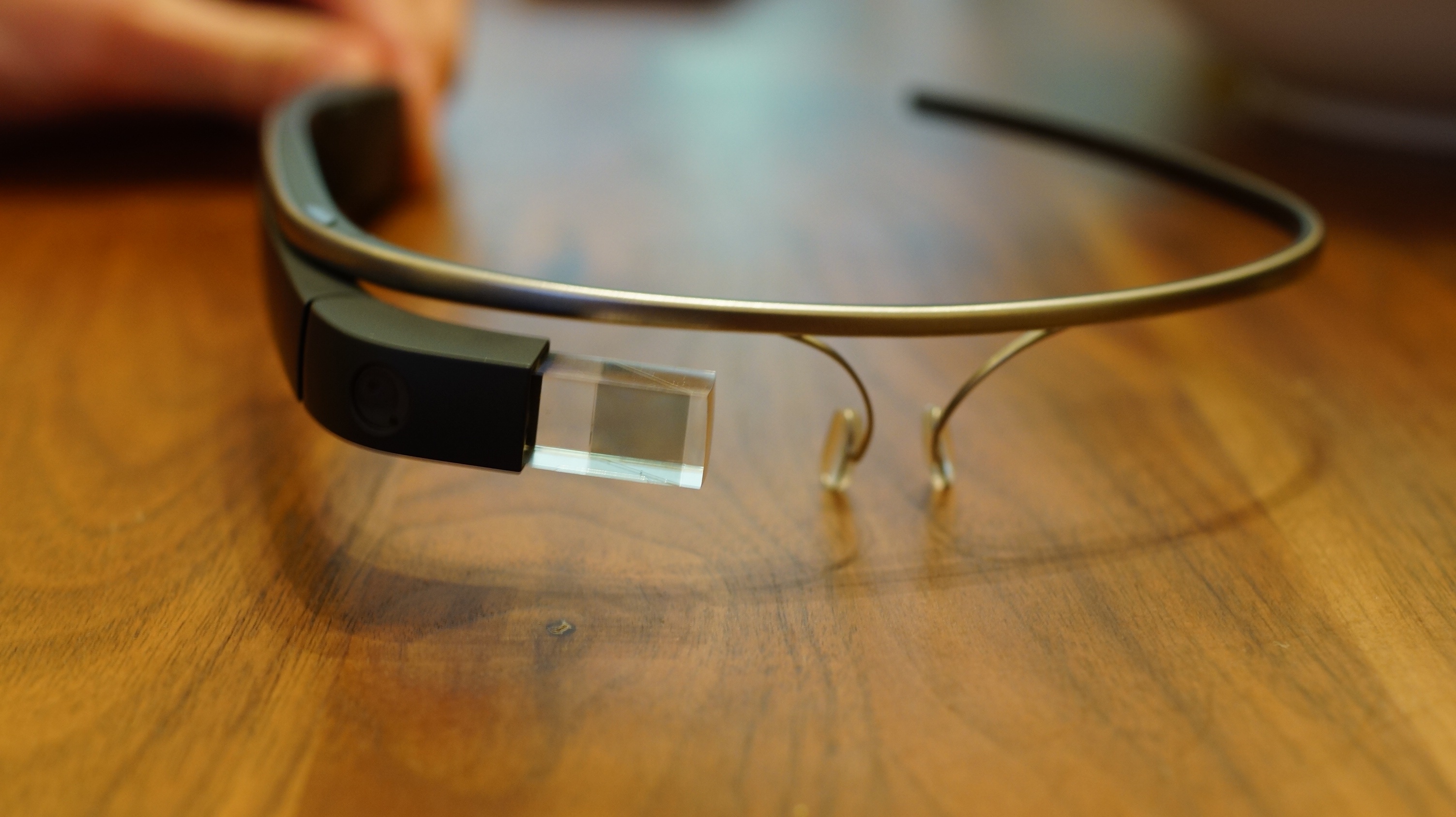 There was a time, not so long ago, when that person watching you from across the street through a high-tech heads-up display (HUD) was probably a time-travelling terminator, come from the future to exterminate you, and they still might be, or they could just be checking you out from behind the lenses of their new Google Glass. I suppose it depends on the kind of crowd that you run with.

Google Glass is probably the most innovative piece of bodyware since the iPod, and it is poised to bring unheard of hands-free computing capabilities to users. The unit is essentially a wearable computer that interacts with the user through an optical display, microphone, side-mounted touchpad and a bone conduction transducer.

Google Glass runs on the tech giant’s ubiquitous Android OS. It provides the user with a 640×360 display, which is the equivalent field of view one gets watching a 25-inch screen at a distance of 8 feet. Units are currently equipped with a 5-megapixel camera capable of taking high-resolution still images and recording video in a 720p high-definition format. This allows users to take photos or video of anything in their field of vision, with playback being handled through the display.

Google Glass is Wi-Fi capable, allowing access to the Internet and a whole suit of applications. The Explorer models currently in circulation come with a standard 16GB of storage, with 12GB available to the user and the remaining gigabytes reserved for system files. The units are Bluetooth-enabled, providing the possibility of connecting to other devices capable of receiving Bluetooth signals. This allows tethering with devices such as smartphones and tablets, as well as Bluetooth-ready headphones and headsets.

The processor in the Explorer models is a dual-core Texas Instruments OMAP 4430 running at 1.2Ghz and stacked with 682MB of RAM. Data sensors include a 3-axis gyroscope, 3-axis accelerometer and magnetic compass. It also boasts a photosensory package and a proximity sensor.

Google Glass has managed to pack all this technology into a format that is lighter than the average pair of designer sunglasses, and while the Explorer edition is not compatible with standard eyeglasses, Google has issued assurances that future models intended for general consumers will be modular and compatible.

Applications currently available include Google standard apps such as Google Maps, Gmail, Google+ and Google Now, in addition to an expanding library of free third-party applications. Google Glass units are configured and managed by a Google app called MyGlass.

Google Glass has applications available for facial recognition, note taking, taking and sharing screenshots, real-time translation of spoken and written language, and social media management for sharing with apps like Facebook and Twitter. Applications are developed through the Mirror API, which Google made available to software developers in April 2013, and the Glass Development Kit, which was released in November.

The unit allows direct uploading of pictures and first-person POV video to Google+, as well as voice and video calls through Google Hangouts. When using Google Glass for video calls, the other person in the conversation sees exactly what you see, an interesting effect with a variety of possible applications.

Video demonstrations of the unit in action are available on Google.com and YouTube, and include first-person footage of bike riders weaving through city traffic, music production in real-time, skydiving and a host of other interesting activities.

A surgical team operating out of the University of Alabama-Birmingham has already performed an operation utilizing Google Glass. Orthopedic surgeon Brent Ponce wore a unit during a shoulder replacement surgery and interacted with Atlanta-based physician Phani Dantuluri via a complementary technology known as Virtual Interactive Presence in Augmented Reality (VIAAR). The combination of the technologies enabled Dantuluri to see everything the surgeon was doing on a computer screen hundreds of miles away. The two doctors were able to communicate verbally and discuss the operation as it was performed, and Ponce was able to see the remote surgeon’s hands as a superimposition on his Google Glass display.

As with any innovative technology, Google Glass is not without its critics and skeptics, and the technology has opened up a whole new slate of issues. Privacy concerns have been raised from many corners regarding the use of the innocuous technology as a candid surveillance device that could enable users to surreptitiously record people without their permission. The potential for identification of strangers through facial recognition apps has been raised as a particular concern.

Nick Starr, a network engineer, was kicked out of the Lost Lake Lounge in Seattle for refusing to remove his Google Glass earlier this year. The owner of the establishment cited concern for the privacy of his patrons, as he does not allow video recording without express consent. The incident sparked a Facebook feud between Starr and the owner. In March the 5 Point Café, another Seattle venue, became the first to officially ban Google Glass use in the establishment.

Cecilia Abadie received a citation during a traffic stop in San Diego, California after an officer alleged that she was using the device while driving. The California Highway Patrol issues citations for having video screens on in the front of their vehicles and argues that use of Google Glass amounts to the same violation. Abadie, a software developer, has pleaded not guilty to the charge, stating that although she was wearing the device while driving it was not active at the time.

Google Glass is not the first computerized eyewear, there are several lesser-known competitor eyewares, including the Vuzix M100 smart glasses, LaForge Optical’s Smartspecs, and a developing product called the Nissan 3 promoted at this year’s Tokyo Motor Show.

Google Glass itself is currently only available to a limited number of beta-testers known as the Explorers, with commercial release slated for early 2014. The Explorer units are not eligible for resale or transfer, under the terms of service, and Google has the ability to deactivate the devices remotely in the event of a breach of contract. The Explorer-phase units are priced at $1500, but Google promises a lower price point for the consumer models.

Development of the technology is taking place at Google X, a hush-hush facility that Google operates near its corporate headquarters in California. Sergey Brin, a co-founder of Google, runs the lab, which does research and development of various futuristic technologies.

Despite all possible hurdles, the introduction of smart eyeware is nothing short of revolutionary, and as with all such groundbreaking technology, there is simply no turning back. If the common trends of personal electronics holds true, the price will soon be low enough that eyeware becomes as common as smartphones are today.

So again, that person watching you through the slick looking glasses from across the street is probably not a time-travelling cyborg there to assassinate you for being the future leader of the resistance in the war against the machines.

But they may be live-streaming whatever you are doing to the Web via Google Glass. Welcome to the future my friends; it’s so bright, you may have to wear shades. Or at least polarized eyeware.