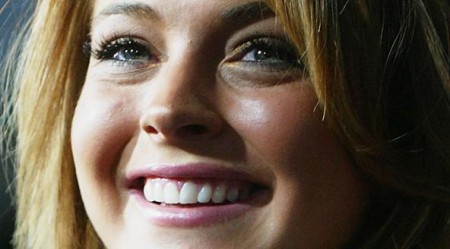 GTA V may be squaring up to the real prospects of being dragged to court by the Hollywood actress Lindsay Lohan over some of the content in the game.  Though the game has courted controversy over the explicitness of some of the feature of the gameplay, this new controversy might just be seen in some quarters as weird.

Lohan is said to possibly be suing GTA V over her likeness being used in the game without taking any permission from her. There are reports that the front model of the game wearing a bikini could back up her claim. Also the case of Lacey Jones, a fictional character in the game and another instance where you have to photograph a celebrity having sex at the Chateau Marmont hotel, a place frequented by Lohan.

GTA V, the latest instalment of the popular household video game Grand theft Auto has been a critical success since its release. It has sold millions of copies worldwide so it’s not too big a surprise a Hollywood name is trying to bit off the apple. What should be said to Lindsay however is that she might be biting a wrong piece in this particular case.

GTA V is already courting controversy in many circles however. It has been seen as a game promoting violence and gore among minors. Though the game is clearly rated and it should be seen as the responsibility of the parents to ensure their wards are not exposed to it, it is a bit difficult to monitor children 24 hours a day as the access to this material is not exactly rocket science.

Lohan’s lawyers in the case believe she could be awarded a large compensation in the infringements. Lindsay Lohan had also earlier in the year lost out in a legal battle against Armando Christian Perez aka Pitbull. Pitbull is an a Latino-American rapper who had said in his song titled ‘Give Me Everything’ just a line that says “locked up like Lindsay Lohan”. Lohan had sued him saying he had no right to use her name but the court ruled in Mr Perez’s favour.

If this is a new money-making venture for Lohan then maybe she should have advisers that will tell her it’s not good enough and not too much profit will be made from it. Lindsay Lohan started her career as a child at the age of three and also got to appear on featured on Another World a soap opera for a year when she was just 10. She made her big screen debut at the age of 11 in the hugely successful remake of Parent Trap in 1998. She became a household name after further hits in Freaky Friday and Mean Girls. Her success on the screen at a young age, like many other child stars, has not seamlessly metamorphosed into success as an adult or even a half-decent private life.

Everyone is waiting in bated breaths where this new venture will take Li-Lo as she is referred to by her fans.