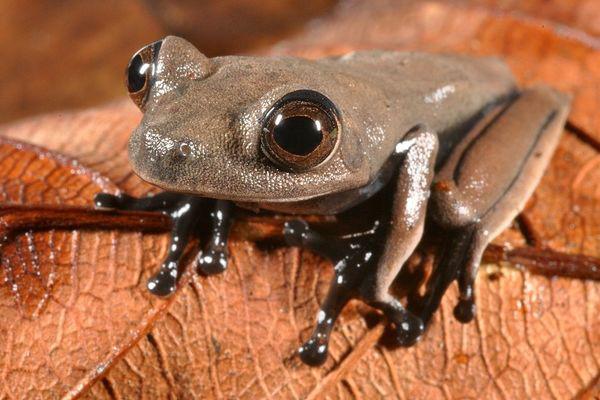 What were the Guardian Liberty Voice Top Ten animal species discovered in 2013, out of the thousands scientists identified for the first time ever? Cases can be made to include just about any of the animals that have been discovered in 2013, like a walking shark, a cocoa-colored frog, and a black-furred tapir. The Guardian Liberty Voice Top Ten — as decided by a very impartial panel of one, namely me, follows.

Half of the newly-discovered species of 2013 were insects, which shouldn’t be much of a surprise, as insects make up the majority of all animal species on Earth. But, the only insect that has made this Top Ten animal species list comes in at Number Ten — a tarantula from Sri Lanka which is the size of a human’s face.

The huge tarantula was the subject of a study researchers published in the British Tarantula Society journal. It has enough venom to kill small snakes and lizards, and even birds and mice. One example of this species was recorded in 2009, but it wasn’t until this past year that researchers have seen enough examples of the tarantula and researched it enough to call it a newly-discovered species. 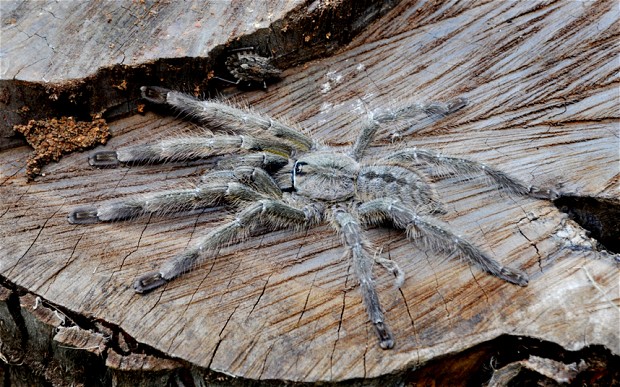 Working up the Top Ten animal species list to some of the mammals later on, at Number Nine is the Cocoa Frog from Suriname. It looks sleek and chocolatey, almost good enough to eat, like the Chocolate Frogs from the Harry Potter novels by J.K. Rowling. It’s one of the most novel-looking animals discovered in 2013, but there are many other species on the list that give the Cocoa Frog a run for the money as being the most unique species of 2013.

The Carolina Hammerhead is a shark that was in the news a lot in 2013, but the shark that is at Number Eight on the Guardian Liberty Voice Top Ten Animals Species list is a species of “walking shark” also known as the long-tailed carpet shark. It doesn’t walk upon land, as some catfish can, but it looks like it walks or crawls across the sea floor using its fins. The walking shark, or Hemiscyllium halmahera, was documented on film off the coast of Indonesia. They pose no harm to humans and can grow to be about tow-and-a-half feet long. 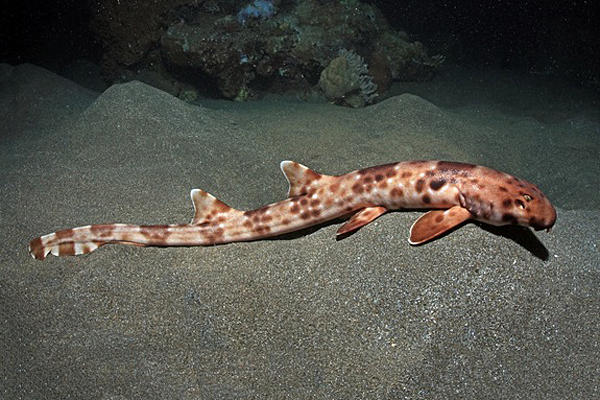 At Number Seven on the Guardian Liberty Voice Top Ten Animal Species discovered in 2013 list is the Badger Bat from South Sudan. Though it was first reported in 1939, DeeAnn Reeder of BuckNell University realized after sightings in 2013 that the insect-eating little bat with black stripes and spots was a member of a different genus. She called it the “find of a lifetime.”

The new genus was named “Niumbaha.” That means “rare” in Zande language, the local language where the bat was discovered, or re-discovered, in 2013. 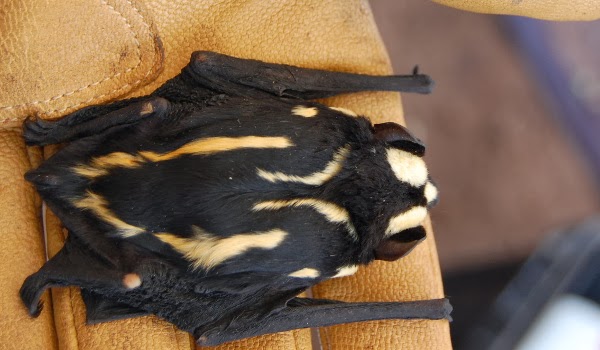 The rest of the Guardian Liberty Voice Top Ten Animal Species list will be taken up with examples of mammals and marsupials discovered in 2013, like the animal at Number Six, the shrew-opossum. This interesting marsupial (Caenolestes sangay), discovered in Ecuador, has relatively small ears and long snout. This animal was written up in a study published in the Journal of Mammalogy. The Caenolestes sangay was named after the national park which is where it lives.

A team from Pacific Lutheran University discovered the animal. They set up more than 100 live traps and captured five specimens of the Caenolestes sangay on the eastern slopes of Andes. Because it looks similar to marsupials on the western slopes of hte Andes, at first, researchers thought it was a subspecies. However, when researchers noticed that the head shape of the Caenolestes sangay looked different, they eventually realized it was an entirely different species. 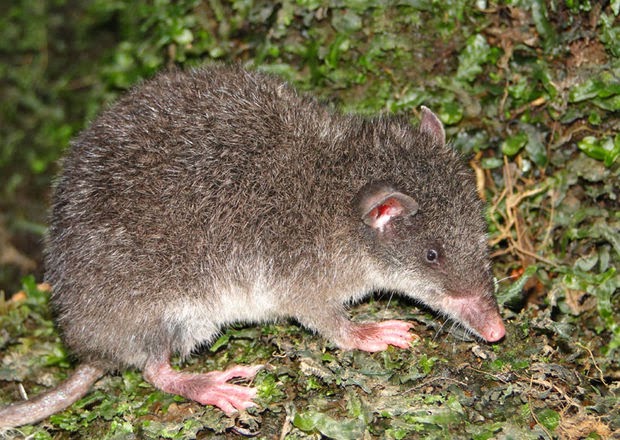 At Number Five on the Guardian Liberty Voice Top Ten List of species discovered in 2013 is the Baturite porcupine. It’s a prehensile-tailed porcupine that was found living in the region of Brazil’s Baturite Mountains, according to a paper in Revista Nordestina de Biologia. The Baturite porcupines use their prehensile tails to help them climb trees. 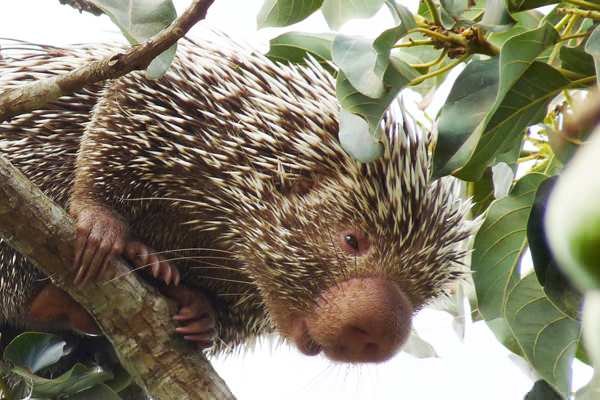 The cute-looking the olinguito (named for the Spanish word for “fog”), or Bassaricyon neblina, is Number Four on the Guardian Liberty Voice Top Ten list. Olinguitos resemble a cross between a teddy bear and a house cat, and they are relatives of the raccoon.They eat fruits and insects among the tree-tops of the “cloud forests” of the Andes. 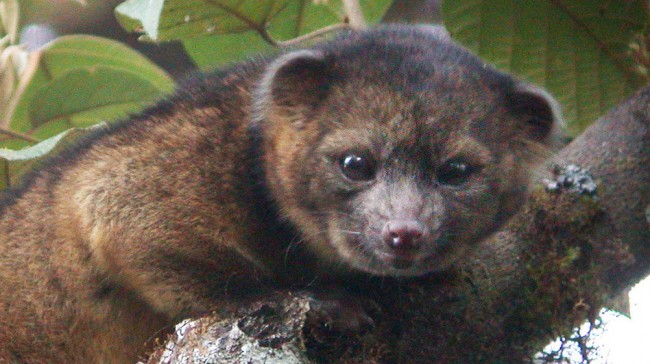 Number Three on the list is a species of giant African naked mole rat that is larger than most, and has a set of choppers that look as if they could deliver a nasty bite. The species is known as Caroline’s mole rat (Fukomys vandewoestijneae). The Caroline’s mole rat was discovered in the Ikelenge pedicle, an area that covers portions of Angola, the Democratic Republic of Congo (DRC) and Zambia. 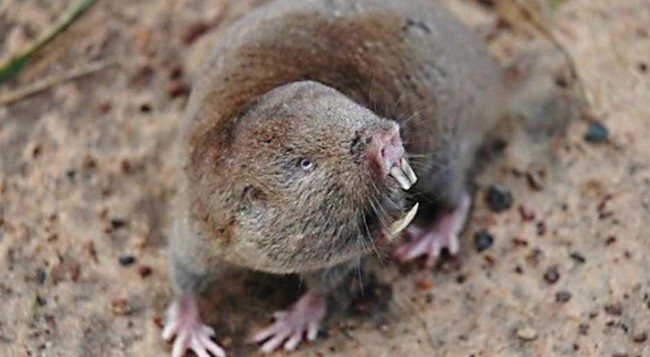 The oncillas of of the Atlantic Forest in Brazil are small wildcats that weigh around six-and-a-half pounds (3 kilos). These wildcats have yellowish fur and spots and live in northeastern Brazil. Though oncillas look similar to species of wildcats that live in the rest of the continent, genetic analysis revealed that they were of a different species. 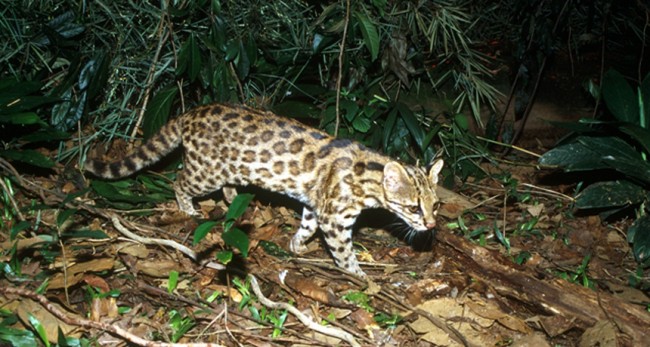 Number One on the Guardian Liberty Voice Top Ten list of animals discovered in 2013 is a tie. It’s a tie between the black-furred tapirs, the fifth species of tapir so far discovered. They tie at Number One with the soalas of Vietnam, horned bovines that are often called the unicorns of Vietnam. They are also the two largest mammal species that have been discovered in decades.