By Jim Malone on December 12, 2013Comments Off on Homosexuality a Criminal Offense

Homosexuality is a criminal offense again according to a judgement handed down by India’s Supreme Court on December 11, 2013. The issue came before the Supreme Court by way of an appeal made to the 2009  Delhi High Court ruling stating that  the law criminalizing homosexuality, section 377, was unconstitutional. The Supreme Court has often reviewed cases of a similar nature.  Part of their mandate is to evaluate the constitutionality of laws when they are challenged. That being the case, it would seem that this clarification with respect to constitutionality ought to fall within the Supreme Court’s purview. The court, however, cited the need for legislators to address the issue, rather than the court system, when they overturned the 2009 ruling. Despite being the largest democracy in the world in terms of population, the system of checks and balances appears to have been abandoned for a game of political “hot potato.”

It is an indictment of the enormous Indian electorate that they continue to allow their officials to put their political aspirations before the best interests of the people who elected them . Given the fact that the desire to avoid responsibility for making momentous decisions has become a hallmark of their political tenure with this ruling, one would expect a great response from the general population. It is not only about homosexuality; this non-decision is merely a symptom of a far more global issue. It is a problem when a government is willing to let large portions of its population suffer rather than pick up the full mantle of their mandate. It is a larger issue when that population rolls over and lets the government get away with defining and legislating love.

In light of the lack of legislative commitment to the idea of equality for the gay constituency by the United States government, it is clear that it is not immune to the epidemic.  The crisis of courage extends worldwide. In the modern world, technology has reached the point that connections can be made across the country or across the world in an instant. The concept of a world community is a reality, with even linguistic limitations solved at the touch of a button. There exists, already, a worldwide community; a worldwide constituency. It is vast and connected enough to create national and international accountability instantly. The potential to instigate change is staggering.

The worldwide community, however, is  failing to live up to its potential if love is allowed to be legislated away without a significant response. 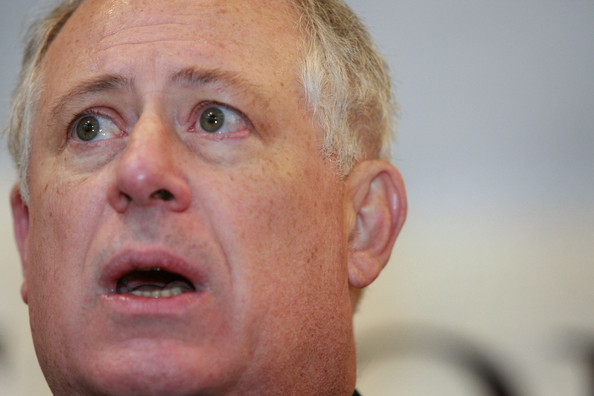 Not a single piece of gay rights legislation has ever been passed that didn’t meet with attempts to render it immediately ineffective by way of amendments or attachments. Politicians like Virginia Representative Randy Forbes put a face to the lie of adherence to an accepted behavioral standard for elected officials. His attempts to lobby the Republican party to allocate funding differently for gay candidates than for straight ones were discriminatory and duplicitous. They are indicative, however, of a prevailing attitude. Because of an ever-increasing ability to search and share information, it is becoming daily more clear that the gay rights movement has not come as far as people like to think. .

As there has been no significant political backlash to date for using gay Americans in that manner, it seems likely that it will happen again. For as long as gay rights are treated like favors exchanged in some back-room committee meeting rather than as an essential question of human rights , progress will be slow. It will also remain easily reversed, like an ill-advised budget allocation.

The discussion of gay rights can only be meaningful when all parties to the discussion recognize the stakes of the discourse. Until then, the American people will continue to have the sort of laws that give gays the right to go into a cake shop and purchase any cake on the menu, but only if they bring the owner to court to hear it from a judge. The only way that meaningful change has ever come in the history of human rights struggles was for the ugly, embarrassing truths that everybody knows but nobody talks about to come to light. In an era where faith in the integrity of elected representatives is considered naivete, somebody needs to be watching.  In an era where every vote is public, every statement recorded, and access to public record is near immediate, it is difficult to see how the individuals who continue to perpetuate the status-quo could fail to be held accountable for having done so.  With current technology, the worldwide community has the potential to provide a level of monitoring and accountability  that could make a real difference.  Instead, homosexuality is still a criminal offense in India, and might as well be in the minds of many US gays.

The worldwide community, however, is  failing to live up to its potential if we allow faith in the political process to be crushed without an immediate response.

On Saturday, Dec. 7, 2013 the marriages of several gay couples became legal in Canberra according to a law passed in the Australian Capital Territory in October. The marriages flew in the face of the 2004 re-definition of  the National Marriage Act to define the union as “between a woman and a man.” Tony Abbott, Australian Prime Minister, has been very vocal in his opposition to gay marriage. Together with a coalition of  supporters, the Prime Minister blocked two federal pieces of legislation that would have allowed legal recognition for same sex marriages. Unable to block this third one, he called upon the High Court to reconcile the two pieces of legislation. The marriages legalized on Saturday were an act of hope, believing that there was no way that discrimination could be justified in the highest court in the land.

Their hopes were dashed less than a week later. Just like their counterparts in India and America, the elected officials of Australia proved that they were more committed to the advancement of their personal agendas and careers than to the pursuit of human rights. The Australian electorate seems just as willing as their counterparts in the other two countries to allow it to pass unchallenged. The cross-boundary constituency that lives in the cloud, despite having the technological capability to impose a higher accountability on those leaders who are responsible, has remained silent.

The worldwide community is  failing to live up to its potential if we allow love, faith, and hope to be crushed all in the same week; if homosexuality is a criminal offense in India and marriage withheld on the whims of political ambition in Australia and America.