iPad for Babies Just in Time for Christmas 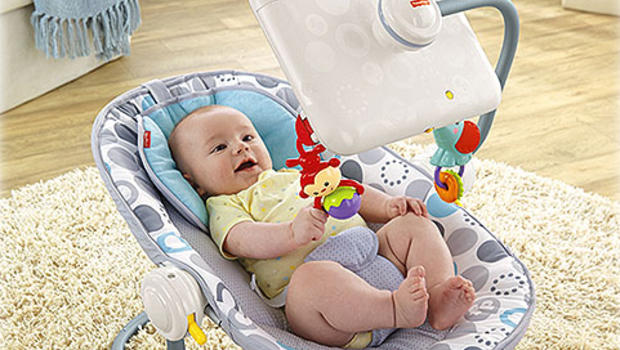 Just in time for Christmas, there is a new baby seat being released, which holds an iPad. An activist group has called attention to this toy, made by toy giant Fisher-Price, which holds the iPad at the front. They are saying the item causes parents to leave their babies alone with iPad screens which might be harmful if done for too long.

The springy seat that is made with an iPad holder is said to be basically an “ultimate electronic babysitter” and ends up blocking a baby’s view of the world. This discourages the child’s communication with any caregivers, stated the Campaign for a Commercial-Free Childhood, which is located in Boston, MA.

The group mentioned research that was done by the American Academy of Pediatrics that advised screen time for children who were under the age of 2 was possibly connected to delays in language, sleeping disturbances and even problems with learning later on in life. There did not show any evidence the viewing gave benefits, the group stated.

Babies who are left unaccompanied with iPads also might not get to do activities which have shown to be helpful to brain progress. These would include events such as creative play with their hands and having positive communication with others.

Dr. Susan Linn, who is the director of the group, explained that in creating a device which keeps infants in front of a screen, even when the children are too young to be able to sit up for themselves, Fisher-Price is essentially discouraging personal connections that are critical to healthy development and learning. Fisher-Price needs to remain true to its task of fostering learning in young children. This is done by making products that encourage, rather than damage, interaction with the world around them.

Babies only flourish when they are played with, talked to and held. This does not happen when they are left alone an iPad screen.

Fisher-Price states it is offering free apps to be used with the toy seat that feature soothing, soft sounds and nature scenes, black-and-white imageries with patterns that have high contrast which aid in developing eye skills. There will be various other apps that are made for older babies which will let them be introduced to numbers and letters through music tunes, sounds and pleasant characters.

The apps’ pictorial content will end after each 10-12 minute session in order to help parents stay on track of how long their baby has been viewing the iPad.

Regardless, the seat is still rubbing advocates the wrong way.

Victor Strasburger, who is a pediatrics professor at the University of New Mexico, believes that putting an iPad to an infant’s baby seat is a terrible idea.

He stated that there is no reason to hurry up and expose children to new technology, definitely not babies or newborns.

However, many toy companies disagree. One corporation called CTA Digital stated that most families already have this type of technology inside their homes. The facts are that kids are already exposed to it and parents are attempting to discover the best ways to bring the technology into their youngsters’ lives.

The large array of new technology based items for babies has drawn much disapproval from people who are angry at Fisher-Price, CTA and companies like them.

The American Academy of Pediatrics is against screen time for children that are less than 2 years of age and this does include mobile technology. Having such continuous access to television, the Internet and even games could be stealing time away from the family, having exercise and also personal discovery out in the real world.

But it is not any surprise the baby toy seat was released now. It is here and just in time for Christmas when a lot of new iPads will be under the tree as well.