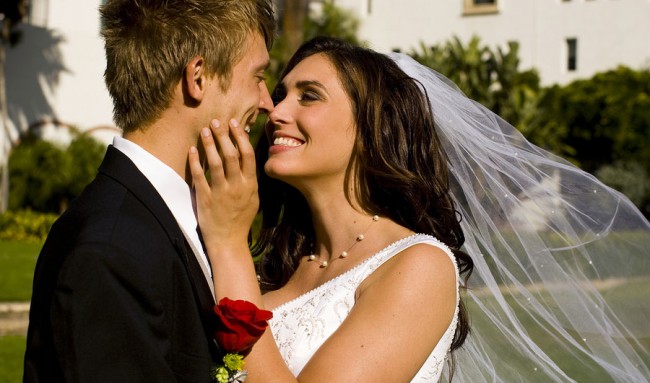 Divorce rates are consistently on the rise, with 50 percent of U.S. first marriages failing. But, recent scientific research has begun to get an in-depth look at if perhaps brides and grooms can see  from their gut feelings whether their marriage will be a success or not.

The study, which came out from the Journal of Science, took more than 100 couples who were still in what should be their “honeymoon phase” and tried to discover their true gut feelings when it came to their spouse. Scientists weren’t on the hunt for the feelings that the newly weds portrayed to the world, their friends or even themselves; but, what they wanted to discover were the subconscious instincts about their partner and ultimately their marriage.

Naturally everyone has at least some positivity towards their partners or they wouldn’t have lasted this far, and certainly not the wedding planning process, which can be a test in itself for even the strongest pair. However, this study took a psychological test that had been in practice for years and used it down to a millisecond of precision.

The way it worked was each bride and groom were taken separately to a room with a keyboard consisting of only two keys, “good” and “bad.” They were then flashed images of words that would either have a positive or negative connotation to them – like “fantastic” or “miserable” – and either a “good” or “bad” key would need to be pressed. For the first few slides, the researchers would gauge a person’s standard reaction time.

Once that had been established, photos of their significant other would then be flashed before their eyes for a matter of milliseconds. What researchers were able to find was that if positive feelings were present they would trigger, by the quick glimpse of their partner, a faster reaction time to the “good” words and a slower reaction to the “bad” words. The same would be evident in reverse if the triggered feelings were not as pleasant. In the latter circumstances, statistics showed that after four years the marriages would have already been heading in the wrong direction, if not already resulted in divorce. Researchers were able to find quite conclusively that the gut feelings were trustworthy enough to dictate the success of a marriage.

Florida State University’s head psychology professor Jim McNulty was able to theorize from these results that this doesn’t necessarily mean that newlyweds secretly don’t love each other as much as they think they do, but it will impact how they handle difficult situations. The positive emotions that a couple will hopefully subconsciously have for each other may be that binding thread that will keep them together and able to overcome the challenges that arise in every marriage.

Since this test may not be available to everyone (or anyone at all outside of the Florida testing facility) McNulty suggests that people should “get in touch with their feelings” despite how corny it may sound. The test itself still needs some work before it can be used on an individual circumstance and could lead couples in the wrong direction; however, truly having that internal discussion could do more good than people might think.

The success of a marriage requires not only trusting gut instincts, like research states, but also having trust in a partner to share the same commitment to work through whatever feelings may arise.