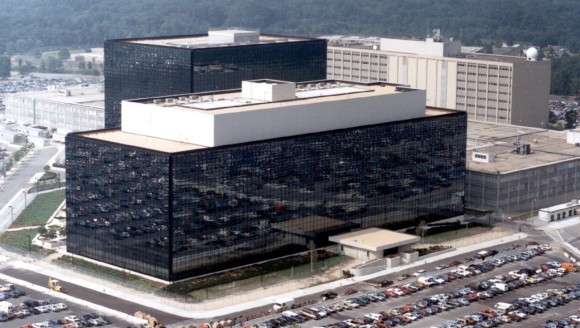 The NSA spying must stop. There are those who seem to be at peace with the vast surveillance operations that have come to light over the past few months, illuminated through the leaks provided by Edward Snowden. There are some arguments being circulated, even by ostensible liberals, as to why the programs are acceptable. For those who believe this, please consider the following.

Some of the arguments in favor of allowing the NSA to monitor as they please, without complaint, are approximated as follows:

“They’re only doing it to keep us safe from terrorists. They’re on our side.”

“I am not a terrorist, so I don’t have anything to hide.”

“They only look at metadata, not actual content. We can trust our own government.”

“Every government out there is doing this, we have to keep up.”

None of these arguments pass the litmus test of acceptability. It does not matter how pure the intentions of the designers of these programs may be, though that itself is subject to debate. There is little evidence that these programs are necessary to keep Americans safe, and they are removing the things that are supposed to make America special in the first place. Intangible things, like liberty and freedom, the right to privacy even in some vestigial sense. All too often it is a focus on an external threat that allows the real danger to grow within like a cancer.

The COINTELPRO surveillance program operated by J. Edgar Hoover’s FBI was big operation as well, though nothing approaching the NSA spying coming to surface today. It has also been judged to have been illegal. The program that spied on Martin Luther King, Jr., Malcolm X and even Albert Einstein, to name just a few, was not on the side of the American Way. To assert otherwise is simply revisionist history.

For those that claim that surveillance does not bother them because they have nothing to hide, remember that in a police state, a terrorist is whomever the authorities decide is a terrorist. A criminal may be anyone deemed too dangerous, or simply too disruptive. Maybe it’s a blogger, or a student activist. Maybe it’s a soccer mom with associations that are deemed questionable by pattern-recognition algorithms. Maybe they don’t like the books she is checking out from the library, maybe they don’t think she needs to study what she wants to study, or talk to her aunt in Turkey so often.

What’s the difference between a terrorist and a freedom fighter? It depends who answers the question. The intelligence agencies promote the narrative that the only people who have to fear are the Bin Ladens and Taliban operatives. Then again, an intelligence agency, by definition, is a collection of professional liars and manipulators. That is what spying, as a profession, is required to do. 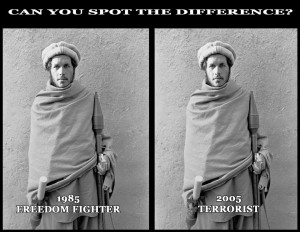 As far as the idea of only metadata being collected, as opposed to content, how can a reasonable person be asked to trust anything they are told by the NSA at this point? The NSA didn’t trust the American people enough to tell them anything, but they expect trust in return. It took a renegade hacker to even bring this conversation to the surface. The NSA would have preferred to not ever have these conversations.

This sounds like a pimp and ho level of relationship, not a social contract between free citizens and the government empowered to administer their country. This does not look well on the American republic and things for which it stands.

Not to mention, it is demonstrably false that the government can keep this data secure. That goes without saying at this point, as the NSA cannot even be sure of how much of their vast collection has been lifted. Any and everything can and will be eventually hacked. Period. Trust in that.

As to the argument that every government is doing it, this is again demonstrably false. Every government is not doing it, not to this scale; they simply do not have the capacity. Besides, didn’t America use to oppose regimes that persecuted citizens for knowledge and thought crimes? Weren’t those fascists supposed to be the bad guys? Or is that sort of thing only for movies and comic book heroes?

The fact is that the world has become a totally Orwellian 1984-style Big Brother state. This does not make a reasonable, thinking person feel safe at all. That is not the idea of America that most Americans were taught, and not an America for which soldiers are fighting and dying. This is a different beast entirely.

Lastly, a question: Imagine a technology that allowed a government, or corporate, worker sitting in some room to scan people’s thoughts. The actual thoughts inside their heads. Sounds far-fetched, right? So did the Internet 50 years ago. So did space travel a hundred years ago. Would this be okay as well? Governments and corporations rummaging around in people’s heads, looking for dirt, assuming that somewhere in that mass of inner thoughts, a terrorist will be exposed?

Even if someone is not a terrorist, this line of thinking should terrify everyone. Even if someone has nothing to hide from NSA spying today, they should not be okay with the line of thought that all communications are open to review. How is the idea of a thought police substantively different from the things being allowed right now? And there are other, more insidious things that are being birthed in some R&D lab right now, just as surely as the rising sun is coming around to bring the light of day.

Unless the NSA spying is made to stop, unless a line is drawn and defended, there will soon be absolutely no space on this planet where privacy can be expected. This is not hyperbole, this is prophecy.

Please think about it.